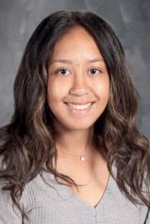 With the same red blood, why should we differentiate by the color of our skin? – Hamilton County Reporter

The Sheridan Students column is introduced to readers by the Grade 10 English class at Sheridan High School, taught by Abby Williams.

On May 25, 2020, Derek Chauvin pressed his knee into the neck of George Floyd, an unarmed black man, for 9 minutes and 29 seconds. This political point of view has changed the perspective of many human aspects on police brutality and racism. As a result, protests began to spread around the world, causing riots. This left the police departments to make a change.

Indeed, racism has been talked about more than ever in the media. As a minority, it was hard to hear about the issues we face on a daily basis.

Growing up in a predominantly white school, I had to overcome many challenges on my own. Being made fun of for being a person of color was something I had grown accustomed to over the years. It was also part of my growth as a person. I had to learn that I wouldn’t have as many opportunities as others and that I would have to work 10 times harder than most. A lot of people who go to my school grew up not knowing what it’s like to be unprivileged, like going to school without anyone like you, going to the shops, walking anywhere alone, being accused of no more trouble, any encounters with the police, and that they laughed not only at my skin color, but also at my appearance and the way I acted.

When I had my first encounter with racism, I thought it was normal. It disappoints me to think that all the mean and cruel words spoken over the years were normal and acceptable. Not only did I think everything was fine, but the people at my school made these problems happen.

One thing that is normally never talked about in school is racism. Yes, we talk about slavery, equal rights and how that has affected our race in the long term, but we don’t talk about how racism affects us in modern society. The rise of the Black Lives Matter movement for racial justice gives us an opportunity to push efforts toward systematic changes in our education systems. If you go to a predominantly white school, it’s hard to feel like you belong somewhere. It was my problem for years. It was so hard to feel like I belonged. All my life I’ve wanted friends of color because it’s a struggle not to feel like you have someone who relates to the same racist experiences you’ve been through. I wish all schools were more diverse.

I am very passionate about diversity. Diversity broadens points of view and takes into account different ideas and aspects. Diversity is the engine of creativity and innovation. It’s important to hear other people’s perspective on how they view situations and how they think. It is equally important to understand and respect the cultural backgrounds and religions of others.

Culture is something that defines many of us, including me. Culture is reflected in our history, in our heritage and in the way we express our ideas and creativity. When I visit my family, I always discover more about my culture. For me, it’s so important to be able to be part of my culture because without it you lose yourself and your identity. Diversity is what makes us, us.

We struggle to make ends meet in a system set up to make our race fail. Achieving racial equity is something very important not only to me, but to our society and our culture. The goal is not simply to close the gap between white people and people of color, but to increase success for all groups.

You can’t love the culture and not support the people.