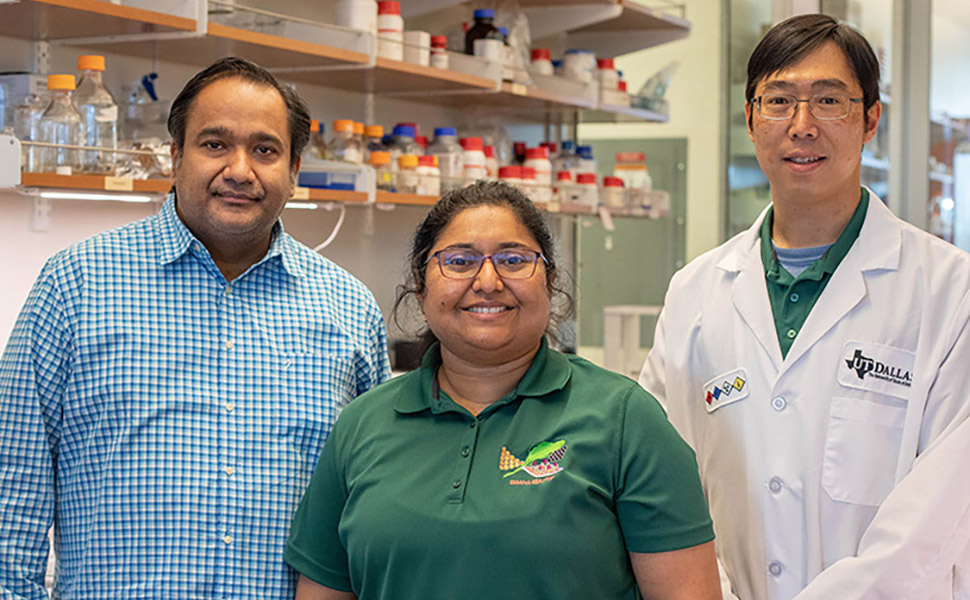 What if you could have warning signs of infection that could warn you of a serious illness, like COVID-19 or the flu? Like America’s NORAD Missile Defense Shield, seeing what’s coming could help you fight off the attack sooner, receiving faster treatment that could potentially lessen the impact of the disease.

A team of UT Dallas researchers, in collaboration with Allen-based EnLiSense, believe they have taken a “significant step” towards making this kind of early detection possible. The team has developed a wearable sensor that can detect two key biomarkers of infection in passive human sweat.

When someone has high levels of IP-10 and TRAIL, they experience what’s called a “cytokine storm,” a surge of pro-inflammatory immune proteins generated in the most severe infections. 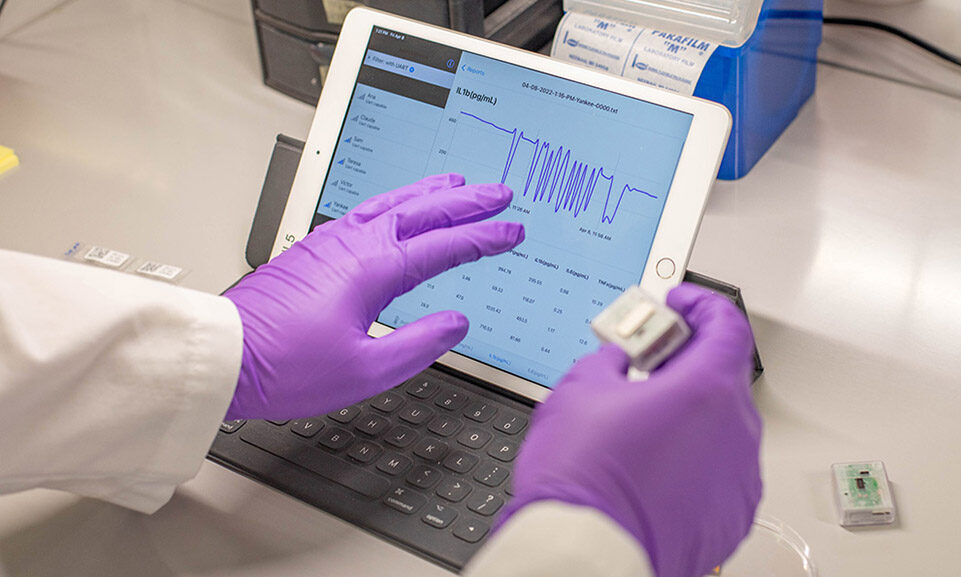 “Our work is pioneering because, until that date, it was not clear whether these molecules were present in sweat,” said Dr Shalini Prasad, UTD Bioengineering Lead and Professor Cecil H .and Ida Green in systems biology science, in a statement. “We have established that our low-volume passive sweat technology is indeed able to measure these biomarkers.”

Prasad is also co-founder of EnLiSense, along with co-founder Dr. Sriram Muthukumar.

Why is IP-10 and TRAIL detection important? The team says this is because, in addition to C-reactive protein (CRP), they allow diagnosticians to distinguish between viral and bacterial infections.

Prasad’s team has already demonstrated at the April 2021 meeting of the American Chemical Society that their sweat sensor can detect CRP to indicate an impending cytokine storm. In order to confirm the type of pathogen causing an infection, a molecular test like a polymerase chain reaction (PCR) test would still be needed, Prasad said.

“The Final Frontier in Sweat Diagnosis”

“We have built technology to unlock and explore the final frontier in sweat diagnostics,” Prasad said in the release. “This sweat-based wearable technology from EnLiSense is truly transformational in that it can measure and report human host response messenger molecules associated with inflammation and infection in real time and continuous way.”

By “sweat diagnosis,” you’re not supposed to imagine someone who’s run a marathon and is dripping with sweat. Instead, the sensors detect “passive sweating,” which occurs naturally on human skin without the need for physical activity or sweat gland expression. Sweat is collected on a removable band that must be changed daily, allowing continuous monitoring.

Dallas Innovates has been tracking Dr. Prasad’s sensor technology research for years. In 2016, we wrote about Prasad and his team developing a wearable, textile-based sensor that measured glucose through human sweat. Then in 2020, she and her team developed a wristwatch-like device that looked for biomarkers that could signal a flare-up of inflammatory bowel disease. This device was created as part of a proof-of-concept study funded by the Crohn’s & Colitis Foundation.

Funded by the DHS Research Initiative

The research project was funded by a contract awarded to EnLiSense under the DRIVe (Division of Research, Innovation, and Ventures) initiative. DRIVe was created by the Biomedical Advanced Research and Development Authority, part of the Assistant Secretary for Preparedness and Response within the Department of Health and Human Services.

For this study, researchers collected sweat from 18 healthy people who wore the sensor. They also drew their blood and compared the results.

Next: Explore the sensor for respiratory infections

The research team then plans to continue this study by evaluating the sensor in clinical studies with patients suffering from respiratory infections.

The first author of the sensor/infection study is Badrinath Jagannath PhD ’21, who received a David Daniel Top-Level Thesis Award from UTD’s Office of Higher Education for his research in sensor technology . He recently became a postdoctoral researcher at Harvard University’s Wyss Institute.

Sign up to keep an eye on what’s new and coming to Dallas-Fort Worth, every day.

2022-05-05
Previous Post: Treatment for flexing finger disease could be a game-changer | Medical research
Next Post: Here’s How Local Dermatologists Say You Can Protect Yourself Against Harmful Sun Exposure