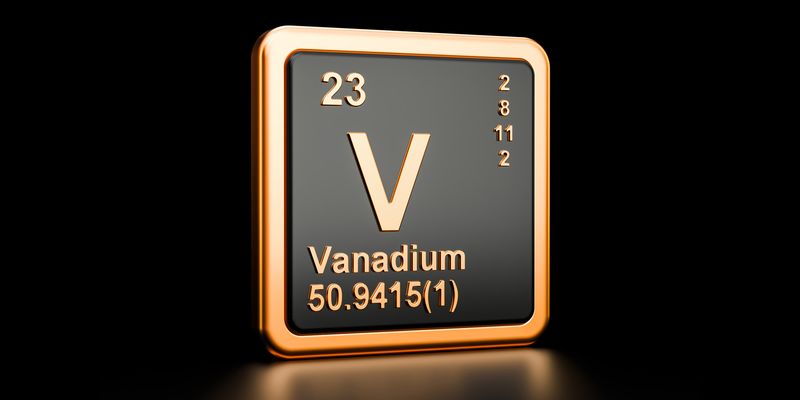 The experimental elucidation of the structures at the interface between a working catalyst and the reacting molecules is the key to a fundamental understanding of heterogeneous catalysis. Researchers from the Fritz Haber Institute of the Max Planck Society have reassigned the vibrational spectrum of vanadium pentoxide, an important catalyst for the synthesis of valuable products by the reaction of organic molecules with oxygen in the gas phase, and thus were able to elucidate which centers are involved in the activation of the oxygen molecule and the oxidation of hydrocarbons.

In the crystal structure of vanadium pentoxide, three different types of oxygen atoms are distinguished by the way they join neighboring vanadium atoms. The vibrational spectra of the oxide measured by Raman spectroscopy differ when oxygen atoms of regular atomic mass 16 are exchanged for the heavier oxygen isotope of mass 18. The researchers have now simulated the Raman spectra for cases where only one of the three positions in the solid or all three are occupied by a heavier oxygen atom. By comparing the calculated spectra with spectra measured in the presence of isotopically labeled oxygen, the Fitz Haber Institute team showed which of three different oxygen atoms in the catalyst lattice reacts with the gas phase.

Due to the well-defined structure of the solid and the fact that the research was carried out under realistic catalysis conditions, experimentally verified conclusions on the influence of reaction conditions in the oxidation of propane on the structure of the working catalyst were possible. The type of oxygen atom and whether only the surface or also the centers of the deeper layers of the solid are involved in the reaction depend on the temperature and the chemical composition of the gas phase. This information is important because different oxygen species steer the surface reaction either toward oxidation products of interest or toward complete combustion of the hydrocarbon to carbon dioxide. It has been found that only at very high temperatures and under strongly reducing conditions are the oxygen atoms in the catalyst lattice exchanged for oxygen atoms in the gas phase. Under conditions where the catalyst produces high value reaction products like propylene or oxygenates, this is hardly the case and can only be measured after long periods of operation. This means that the mechanistic and design concepts established in oxidation catalysis must be reconsidered in order to achieve a sustainable use of raw materials by avoiding their total combustion into carbon dioxide.

2022-03-08
Previous Post: Do skin care products expire? When and why you should throw away certain serums and creams
Next Post: CECE CO will launch a new line of vegan skincare, with a portion of the proceeds going to charity