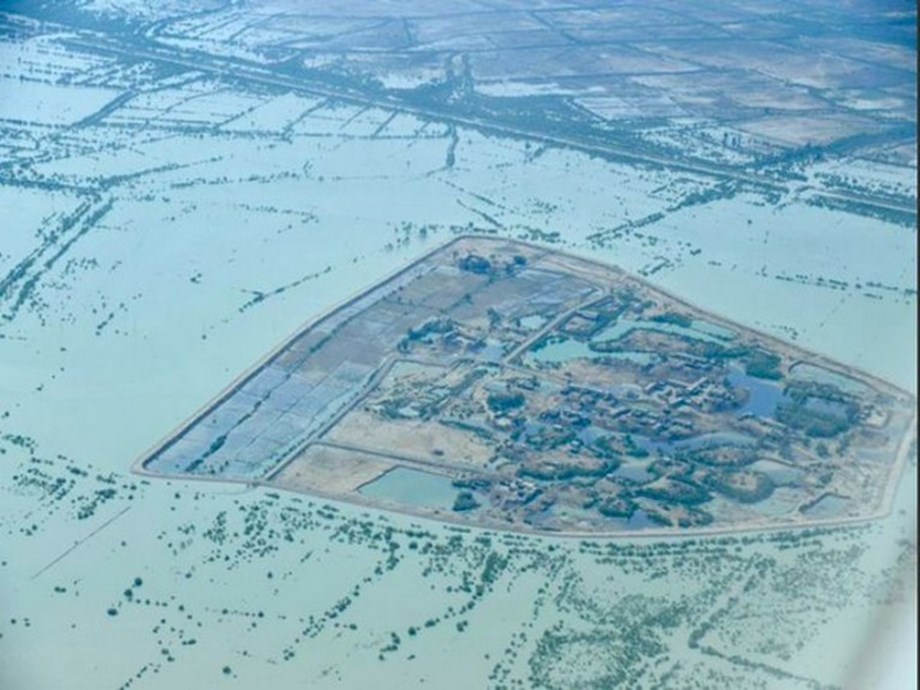 An estimated 16 million children have been affected by the “super floods” in Pakistan, of whom at least 3.4 million need immediate help to save their lives, according to the UN.

Fadil, who recently concluded a two-day visit to flood-affected areas in Sindh, said the floods had now claimed the lives of at least 528 children.

“Each of these deaths is a tragedy that could have been prevented,” he said.

“An estimated 16 million children have been affected by these ‘super floods’ and at least 3.4 million girls and boys still need immediate and life-saving support.

”Young children are living in the open with their families, without clean water, food and livelihoods, exposed to a wide range of new flood risks and dangers – damaged buildings, drowning in flood waters and snakes. Vital infrastructure that children rely on has been destroyed and damaged, including thousands of schools, water systems and health facilities,” he said.

“The sad reality is that without a massive increase in support and aid, many more children will lose their lives,” the Unicef ​​representative said.

Many mothers are anemic and malnourished themselves and have very low birth weight babies. Mothers are exhausted or sick and cannot breastfeed, he said.

Millions of families have been forced from their homes, now living on little more than rags to protect themselves from the scorching sun as temperatures in some areas soar above 40 degrees Celsius, he added.

“Many families have been forced to seek refuge on higher stretches of ground, often along roads that put children at risk, because the lowlands are covered with huge stretches of standing water, stretching as far as the eye can see. The additional threats of snakes, scorpions and mosquitoes are still present in the area,” Fadil said.

“As the number of children lost in these floods continues to rise, Unicef ​​is doing everything in its power to support affected children and families and protect them from the continuing dangers of waterborne diseases. , malnutrition and other risks,” he added.

The Japanese government on Friday decided to provide $7 million in emergency aid to Pakistan in response to flood damage.

The Canadian government has announced that it will match individual donations up to a total of C$3 million through the Humanitarian Coalition of 12 charities raising funds and donations in Canada in response to the floods. in Pakistan.

Meanwhile, more than 90,000 people were treated for infectious and waterborne diseases in one day in flooded areas of Sindh, government data revealed on Friday, as the total death toll from the floods topped 1 500.

Flooded areas have become plagued with diseases including malaria, dengue fever, diarrhea and skin problems, according to a Sindh government report.

Floods triggered by record rains in three decades have claimed 1,545 lives while a further 12,850 people have been injured, according to the National Disaster Management Authority.

(This story has not been edited by the Devdiscourse team and is auto-generated from a syndicated feed.)

2022-09-17
Previous Post: These viral Korean skincare products on TikTok are under $30 and will leave you glowing
Next Post: Canine cancer risks increase with size and age, study finds | Lifestyles