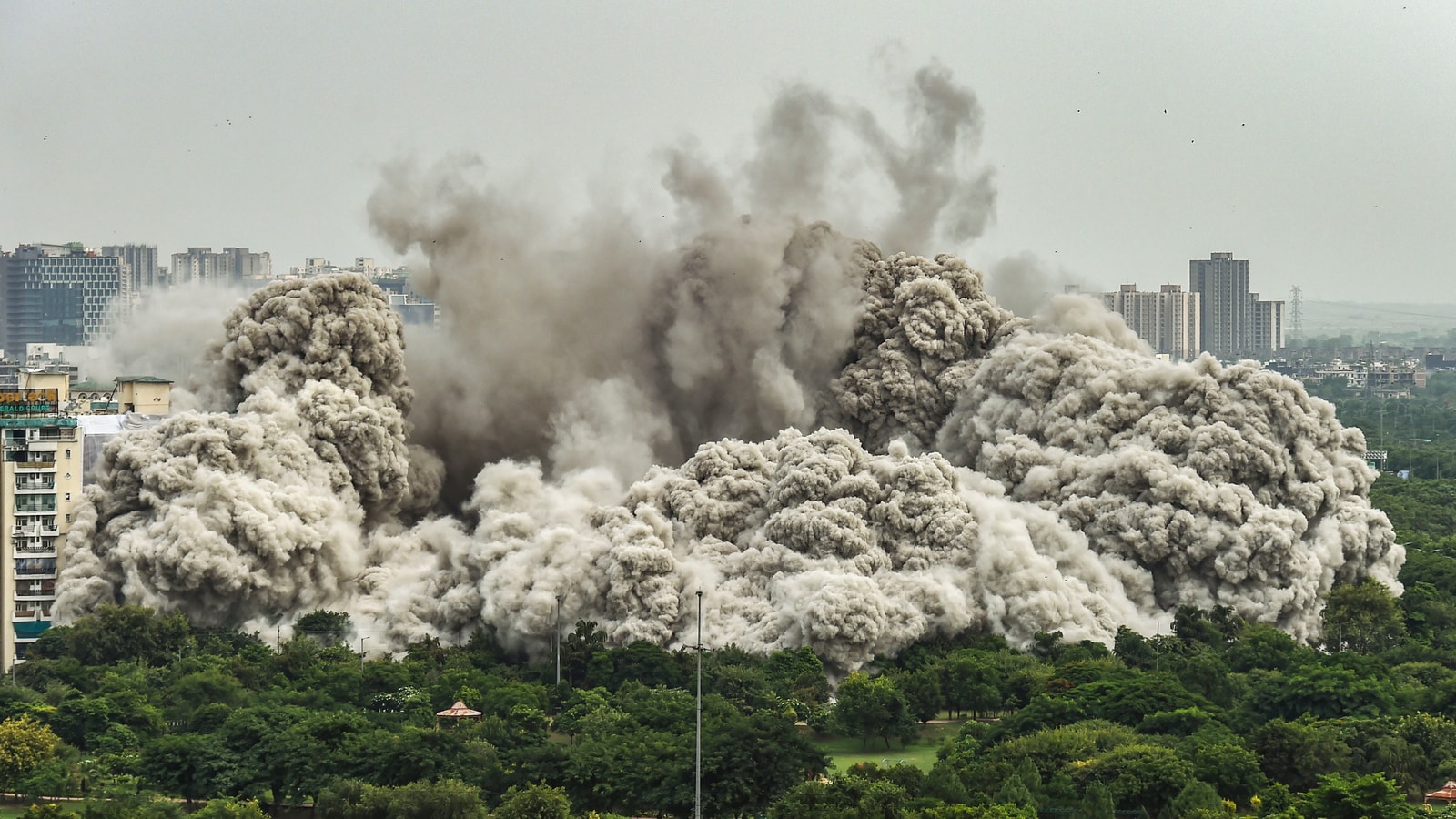 As the nearly 100-meter-tall Supertech Twin Towers were flattened on Sunday, doctors said people living nearby, especially those with respiratory illnesses, should take extra care and avoid the area for a few days if possible. .

The demolition of structures nearly 100 meters high generated around 80,000 tons of construction and demolition waste and sent huge clouds of dust into the air.

Doctors said most dust particles are 5 microns or smaller and can remain airborne for a few days in the absence of favorable weather conditions like strong winds and rain.

“They should limit exposure to the affected area for at least 48 hours. Other people living in and around the area should avoid exercise for a few days,” he said.

Dr Kishore said people with respiratory conditions should continue to take medication regularly and see doctors if their problems worsen.

Dr Yudhyavir Singh, Assistant Professor, Critical Care, AIIMS, said: “Particles smaller than 2.5 microns will be a problem. This is likely to increase episodes of coughing, sneezing, asthma attacks, lung infection, nasal congestion, difficulty breathing. . Viruses can also attach themselves to fine particles and increase the rate of infection, as it is flu season.

“People should take precautions and maintain a buffer stock of medication. Use N-95 masks and goggles until pollutants wear off. Wear long-sleeved clothing and avoid morning walks for a few days. See doctors if the problems get worse,” he said.

Dr Dipankar Saha, former head of air laboratory of the Central Pollution Control Board, said authorities in Noida should monitor the level of air pollution until the debris is cleared using low cost sensors.

“Modeling should be done to determine the area of ​​influence. People living in and around the area should monitor the air quality and only go outside under unavoidable circumstances. Avoid exposure for a few days. watering at regular intervals will help tremendously,” he said. said.

The air pollution problem will persist until the debris is removed and it will definitely affect people’s health. A study could be conducted to determine the impact of this demolition, said Dr Saha.

The towers – taller than Delhi’s iconic Qutub Minar – are the tallest structures to be demolished in India.

More than 3,700kg of explosives were used to bring down the structures under a Supreme Court order that found their construction at the Emerald Court company premises to be in breach of standards.

About 5,000 residents of Emerald Court and nearby ATS Village companies in Sector 93A left their premises on Sunday morning and took 150 to 200 pets, including cats and dogs, with them for the day.

The closest buildings to the twin towers are Aster 2 and Aster 3 from Emerald Court, just nine meters away.

2022-08-28
Previous Post: 3 Expert-Approved Healthy Aging Habits for Skin
Next Post: A leather-based in vitro model to determine the effect of cosmetics on skin microbes