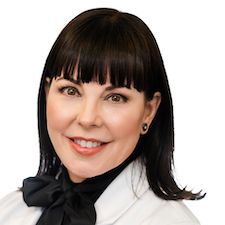 A new topical cream called Total Eye improved the overall appearance of the periorbital area when applied twice daily in participants seeking periocular rejuvenation, according to data from a new 8-week open-label trial .

“Undesirable changes in the appearance of our skin are an inevitable part of aging,” said study lead author Jacqueline M. Calkin, MD, of Calkin and Boudreaux Dermatology in Sacremento, Calif., who has linked these changes to intrinsic and extrinsic factors classified as age-related decreases in keratinocytes and ultraviolet (UV) radiation.

In recent years, topical treatments such as Total Eye have been developed to address the appearance of aging periorbital skin. Previous studies had shown the cream to be effective in reducing dark circles and improving sagging skin and skin hydration.

The team recruited participants between the ages of 35 and 65 concerned about periocular rejuvenation, all of whom agreed to forego any other cosmetic eye treatment while using the topical cream.

Those who used professional eye skin care products in the last 30 days, who had an allergy or hypersensitivity to any of the ingredients in the cream, or who had an autoimmune disease were excluded.

Subjects applied the topical cream morning and evening after a thorough facial cleansing, and were instructed to cleanse the face and remove makeup at least 30 minutes before all clinic visits.

Investigators assessed severity of periorbital wrinkles, hydration, firmness/sagging, and dark circles at baseline and at weeks 4 and 8 using the Investigator Clinical Grading and Assessment. Meanwhile, the investigator’s assessment of eye appearance was used to assess changes in the appearance of the periorbital area based on 11 eye appearance descriptors.

Of the 25 participants enrolled in the study, 2 did not complete the Week 8 assessment because 1 was lost to follow-up and 1 was disqualified for non-compliance. Thus, 23 people completed the study.

Investigators noted that all subjects (100%) showed some overall improvement at weeks 4 and 8, while almost half (48%) achieved moderate or marked improvement.

At the end of the trial, study participants agreed or strongly agreed that the cream made their eyes more hydrated (100%), looked and felt healthier (95% ) and increased their confidence in the appearance of their eyes (91%).

“Further improvement between week 4 and week 8 suggested continued improvement possible with continued daily use,” the team wrote. “Total Eye is a viable option for the treatment of periorbital wrinkles, dryness, laxity and dark circles and should be considered a safe and effective skincare option.”

2022-07-19
Previous Post: The medical gloves market will reach $32.3 billion by 2030, according to Global Market Insights Inc.
Next Post: Recon: Inovio will lay off 18% of its staff; EU signs COVID-19 supply agreement with Gilead