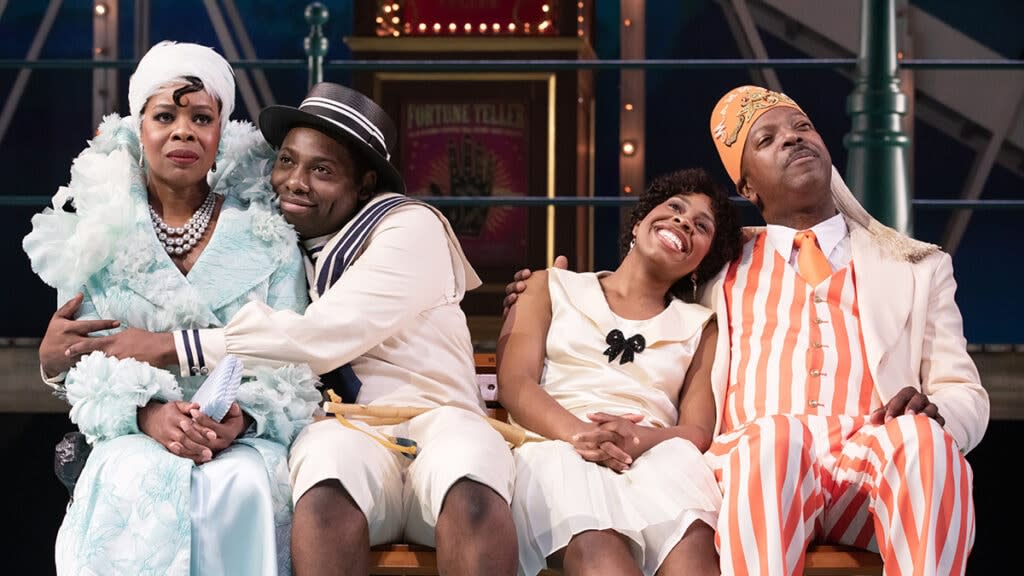 The current Broadway season has offered some good plays and some great covers: Paul Vogel’s “How I Learned to Drive” and Ruben Santiago-Hudson’s “Lackawanna Blues.” That winning streak ended Monday with the opening of “The Skin of Our Teeth” at Vivian Beaumont at the Lincoln Center Theater.

If ever a play needed a lofty concept, it’s Thornton Wilder’s surreal comedy with its many disparate parts and drastic changes in tone. Lileana Blain-Cruz is leading this revival with less a vision than a few ideas. Calling them “concepts” gives it too much credence, and those two ideas grab our attention for a minute or two. This is a problem for a three-act play that lasts three hours. I haven’t seen so many theater outings since the last time the Met Opera staged Schoenberg’s “Moses and Aaron”.

Blain-Cruz’s big idea is to draw on the Lincoln Center Theater’s vast physical resources. With “The Skin of Our Teeth,” set designer Adam Rigg appears to be entering a competition with Beowulf Boritt, who designed LTC’s latest main stage, “Flying Over Sunset.” Who can design a bigger, grander, flashier production with lots of moving parts? Rigg could win this contest; here again, it has the advantage of featuring a dinosaur and a life-size mastodon. Both designers come up with awe-inspiring sets that only dazzle to highlight issues elsewhere on stage.

Playwright Branden Jacobs-Jenkins (“An Octaroon”) is credited with “additional material,” and the most obvious additions involve the family’s maid, Sabina (Gabby Beans), who drops references to the play. August Wilson, Toni Morrison and Robert O’Hara “Bootycandy.” To paraphrase a line from Pauline Kael’s review of the movie “A Raisin in the Sun,” the change here proves that a black family can be just as boring as a white family.

What’s needed is a complete overhaul of the script, something similar to what Will Eno did with Ibsen’s “Peer Gynt” to give us his “Gnit.” Or maybe the Lincoln Center Theater needed to hire director Claus Guth, who put “La Bohème” on the moon for the Paris Opera a few years ago.

Blain-Cruz asks his actors to give aggressive and unfunny performances. (It’s painful to hear six people laughing in a 1,080-seat theater.) The exception is Priscilla Lopez in Fortune Teller’s Act 2 cameo at an Atlantic City amusement park, a set which includes a three-story waterslide that various cast members have fun on. Lopez exhibits a modicum of restraint as she delivers a speech about her ability to tell a person’s future but never their past. Lopez almost makes sense of this philosophical bunk.

“The Skin of Our Teeth” won the Pulitzer Prize in 1942. Its destruction of the fourth wall clearly influenced a number of nonsensical playwrights in later decades. Today, this theatrical irreverence has become common practice. It’s part of our theatrical vocabulary, and what we’re left with, especially in the moralizing third act, are Wilder’s long platitudes about survival. In the first act, Wilder lets us know that the son Henry Antrobus was named Cain and that Mr. and Mrs. Antrobus had another son, Abel.