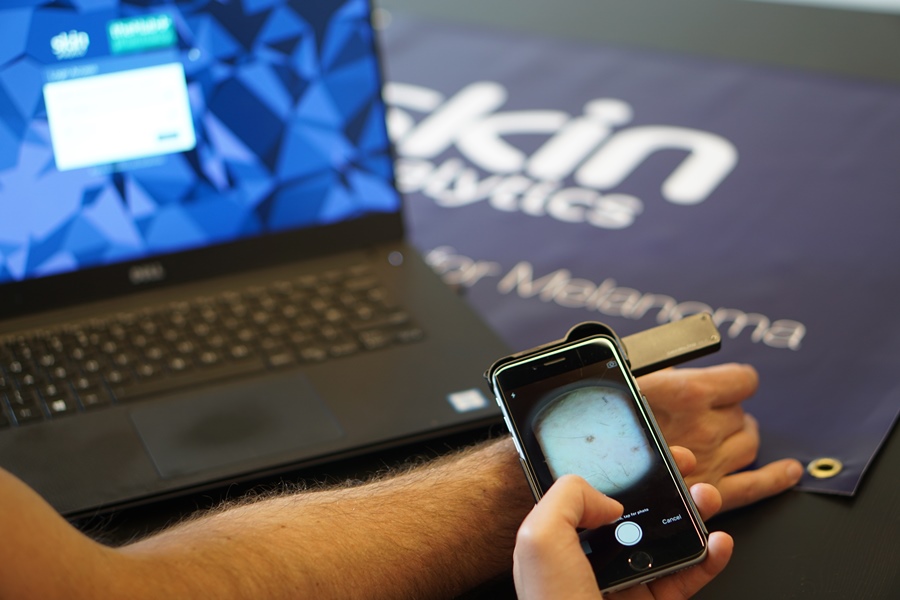 Smartphone skin cancer diagnosis certified for use in the UK –

An artificial intelligence-powered digital tool for diagnosing skin cancers developed by Skin Analytics has been authorized in the UK as a Class IIA medical device, setting in motion wider use of the technology in patient assessments. patients.

The DERM is being rolled out in pilot studies at five NHS Trusts, for example to see if it can help GPs refer patients to the two-week urgent referral for skin cancer set out in NICE guidelines.

The tool has been used to assess more than 23,000 patients and uncover nearly 1,500 cases of cancer, while reducing the number of dermatology appointments needed by more than 4,700, the company said.

Class IIA certification means DERM can be officially marketed in the UK and, according to Skin Analytics, becomes the first and only AI-based dermatology technology to achieve this status.

DERM uses machine learning algorithms to recognize the most common malignant, pre-malignant and benign skin lesions, including melanoma – which is the fifth most common cancer in the UK and the most dangerous form of skin cancer. common skin.

The digital device consists of a lens that can be attached to a smartphone and an app that contains this software to assess a lesion, such as a mole that has started to change in appearance or behavior.

London-based Skin Analytics said the certification is “the first step in enabling the company to forge new avenues with the NHS Trusts, with the aim of further supporting the NHS with outpatient demand in dermatology”.

It comes as the UK faces something of a crisis in the NHS as it tries to tackle a backlog of cancer diagnostic procedures that has built up during the pandemic, while access to health services has been reduced.

Last September, a report by the Institute for Public Policy Research (IPPR) and consultancy Carnall Farrar (CF) suggested it would take until 2033 to eliminate the backlog unless hospitals can significantly increase their operating capacity.

Meanwhile, rapid diagnoses have been identified as the most important driver of cancer survival rates in the NHS’s long-term plan, which sets a target to increase the proportion of cancers diagnosed at stages 1 and 2 by half three quarters by 2028.

“Skin cancer rates are doubling in the UK every 10 to 15 years and around 30% of NHS dermatology positions go unfilled,” said James Hamlyn, director of quality assurance and regulation. from Skin Analytics.

“Health systems are not equipped to handle the volume of patients they need to see, especially in light of the backlog created by COVID. AI can fill this gap.