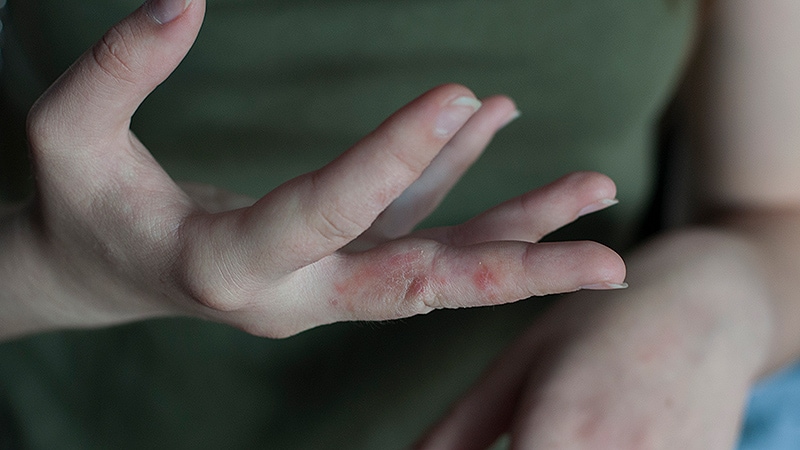 Scabies on the rise in Spain

MADRID — Experts in the field sense it, and the evidence proves it: scabies (scabies) has become a new “real-time” challenge for dermatologists, especially since the outbreak of the COVID-19 pandemic.

Yolanda Gilaberte, MD, PhD, president-elect of the Spanish Academy of Dermatology and Venereology (AEDV), spoke at the association’s 49th congress, held in Malaga from June 1-4. “Scabies has always been present in our consultations, but much less frequently than what we see now,” she said. “There has been an exponential growth not only of cases but also of very difficult to treat conditions , which are perpetuated especially in the family nucleus.

At the same time, dermatologists have seen an increase in cases during this period. The situation was analyzed during the scabies session, “What Is Happening?” In this forum, specialists have stated that since the start of the COVID-19 health crisis, there has been an increase in cases in Spain and a decrease in the effectiveness of certain treatments. This finding is consistent with what is happening in other European countries.

Talk to Medscape Spanish Edition, Eliseo Martínez, MD, PhD, said: “The number of cases has maintained an upward trend over the past decade, which has been particularly pronounced in the last 2 years.” Martínez, coordinator of the epidemiology and health promotion group of AEDV, added that “the analysis of the incidence of this disease in Spain is complex, since there is currently no national registry of scabies , because it is not a notifiable disease”.

Regarding the increase in incidence, Martínez believes that “it is too early to say what trend this disease will follow in 2022; what can be determined is that more cases were diagnosed in 2021 than ‘in 2020.

“Spanish doctors, especially dermatologists, are working to stop this trend, optimizing treatments to achieve maximum effectiveness from the start and promoting the prevention of new infections through information campaigns. However, scabies remains a frequent diagnosis in consultations,” Martínez said. added.

As to whether there is evidence that directly links this spike to the pandemic, Martínez said the specific reasons why there has been a marked increase in the number of cases since the start of the SARS-CoV-2 pandemic are not yet fully known, although there are several hypotheses.

First, during the confinement period, spending more time at home with loved ones increases the risk of transmission of the parasite. Second, the increased difficulty in accessing medical care since the start of the pandemic could have delayed the diagnosis and treatment of patients with scabies. This delay would subsequently increase the parasite load in affected patients, who would also have remained infected and would probably have transmitted the disease for a longer time.

Gilaberte stressed that the role the pandemic has played in this increase in cases needs to be further identified. “We do not know if the conditions derived from the confinement favored the mites which make the disease more resistant to treatment or if the cause is that the therapeutic measures and options used to solve this problem were not correctly implemented. It should be taken into account that it is necessary to subject clothes, furniture, etc. to treatment, which is difficult in a home environment.

“Although we do not deal with consistent incidence data, we do know the amount of scabies antiparasitic drugs that have been sold in pharmacies recently, a figure that is increasing significantly and has increased exponentially with the cases that we see in the consultations,” Gilaberte added.

In addition, the specialist pointed out, “the Spanish Academy of Dermatology and Venereology is carrying out initiatives such as asking dermatologists to complete questionnaires about this disease. The objective is to solve a fairly urgent problem at the moment of a dermatological point of view.

The participants in this session highlighted the difficulties that arise in approaching this disease. They alluded to treatment failures, particularly in the case of permethrin, even when this treatment is administered according to the recommended recommendations.

Martínez observed that although recently published scientific articles indicate a possible loss of efficacy of permethrin cream, coinciding with the impression that many dermatologists have in their daily practice, the available data is still not conclusive. Thus, permethrin remains one of the mainstays of treatment for scabies in most current cases.

“In addition to permethrin, there are other therapeutic options both topically, such as sulfur ointment, and orally, with ivermectin. The trend among dermatologists is to go towards prescribing combined treatments, seeking to maximize the therapeutic response,” said Martínez.

Cristina Galván, MD, a dermatologist at the University Hospital of Móstoles in Madrid, said during the session that scabies has never been the subject of particular research interest because it is a ectoparasitosis. Scabies is caused by a mite that does not invade beyond the epidermis; it is not an invasive germ and it does not compromise internal organs. However, it produces great morbidity and seriously affects the quality of life, since it prevents sleep. The constant scratching it produces causes skin fractures which can then lead to bacterial superinfection.

Regarding the identification of the disease, Galván pointed out that patients can be asymptomatic and that it is common for them to take a long time to see a specialist, “hence the importance of getting the message across that , at the slightest suspicion, a specialist should be consulted, since adequate and early treatment is the most effective strategy to cure the disease and prevent its transmission to other people.

Martínez stressed that it is important to highlight and eliminate some widespread hoaxes or false beliefs about scabies, including the stigma that links it to poor hygiene habits. “Normal showers or baths do not prevent contagion. Washing clothes used by people with scabies in the typical way also does not eliminate the parasite, as it requires a wash cycle set at 60 degrees. same, and although it was one of the spaces in the spotlight when the increase in cases was reported, changing rooms are not considered a transmission route for scabies.”

Peaks in other disorders

This session and the entire congress also addressed other skin diseases or conditions that have been detected to increase directly or indirectly related to COVID-19.

“Given the situation of isolation experienced during confinement, it was to be expected that communicable diseases, such as scabies, and sexually transmitted infections would decrease considerably. However, the opposite was the case. product, from which we can deduce that not everyone was confined in the same way,” said Galván.

In the case of sexually transmitted infections, according to epidemiological surveillance data from the Carlos III Health Institute, syphilis cases increased by 132% during the period 2009 to 2019, the last period for which data is available. Cases of gonorrhea have increased fivefold over the same period. Gilaberte believes that this increase in sexually transmitted infections, constantly observed in medical consultations, is directly linked to the reduction and relaxation of prophylactic measures within the population thanks to the effectiveness of anti-HIV drugs.

On the other hand, Martínez said that in a more or less similar way to what happened with scabies, certain cutaneous manifestations appeared or worsened or increased. “Following the SARS-CoV-2 pandemic, certain dermatological problems have become more frequent in medical consultations. Thus, we are witnessing many alterations caused or favored by measures to prevent the transmission of COVID-19. For example, scrubbing and thorough cleaning of the hands has favored the appearance of eczema, and the use of masks has led to the aggravation of problems such as acne, rosacea or seborrheic dermatitis. also found an increase in cases of telogen effluvium in patients after a covid19 infection.”

This article was translated from the Spanish edition of Medscape.