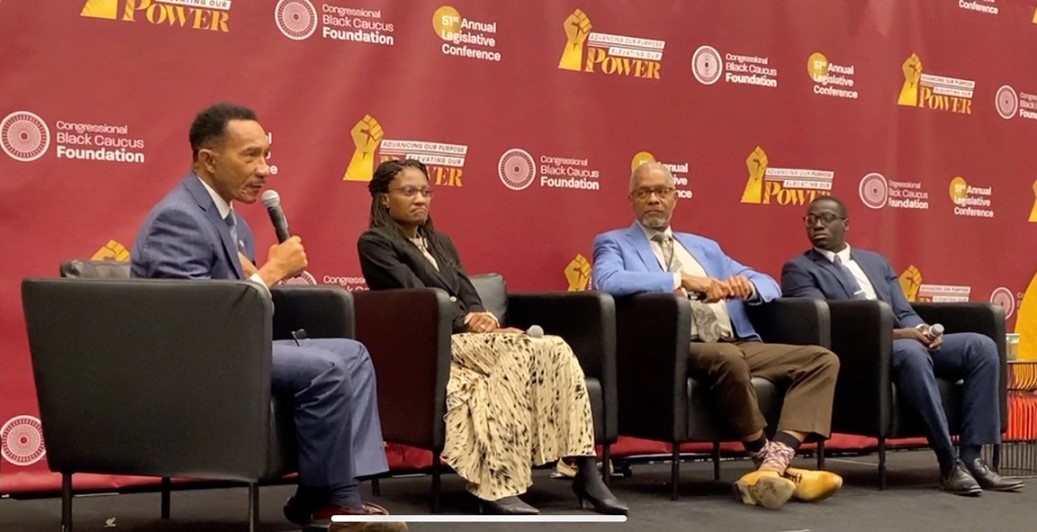 But Mfume wanted to discuss a “non-traditional topic” at the 51st Legislative Conference, the first time it has been held in person at the Walter E. Washington Convention Center since 2019 due to the COVID-19 pandemic.

On Friday, the Baltimore native focused on a topic not seen with the naked eye, leading a panel titled “Black Pain Matters: Racial Bias in the Perception of Pain and Pain Management.”

“The issue has upset us and it has upset the wider medical community,” he said.

Mfume said the problem of black pain dates back to the 19th century when a doctor named Marion Sims performed gynecological tests on enslaved black women without anesthesia. Sims conducted similar tests on white women with the drug.

Fume also shed light on the infamous Tuskegee Airmen experiment in 1932, when black men took part in a syphilis study. The men fell ill and received no adequate treatment for their pain.

The NFL was attacked last year for “race norming,” a neurological practice by medical professionals in the popular professional football league used to assess and score the cognitive abilities of black and white players in order to qualify for medical benefits after retirement.

Mfume invited three people to shed light on the unprecedented practice of racial bias when treating black patients’ pain and offered solutions to overcome the disparities.

Dr. Norman Oliver, former Commonwealth of Virginia health commissioner, led a 2016 study at the University of Virginia that found that at least half of white medical professionals believed myths about black patients.

“The difference between us as human beings is minimal,” he said. “We are basically all the same biologically.”

Joel Bervall, a medical student at Washington State University who is currently doing research this year at Johns Hopkins University in Baltimore, said the myth of thicker black skin came from the 1960s when X-ray technicians exposed black patients to higher doses of radiation.

Although a congressional hearing was held in 1968 to ban the practice, Bervall said some members of the medical establishment were still pushed back.

During Bervall’s first year of medical school, he summarized a conversation with his roommate who asked him what kinds of needles are used to inject a black patient’s skin.

One way to bust those myths: “The solutions come from the next generation of having a more diverse workforce,” he said. “When myths like that come up, we can say, ‘I know myself and I know that’s not true.'”

It remains difficult to combat such myths, panelists said, because there remains a lack of diversity in the medical profession.

Janiece Taylor, who taught at the Johns Hopkins School of Nursing for seven years, said after the hour-long discussion that fighting medical myths can start with assessing accreditation, holding institutions accountable teaching and hiring people of color.

She also said clinicians should learn to assess pain holistically and not on a “quick pain scale from zero to 10”.

“In nursing, we say pain is what the patient says it is because you can’t see it. You can’t always quantify it,” she said. “It’s important to give people the tools to express their pain and not just box them in with this cookie-cutter stuff.”

Before more than 100 people left the convention center hall, Mfume offered some advice.

2022-10-01
Previous Post: The difficult choice is not a bad decision – La Tribune
Next Post: This is how long it takes for Accutane to start working