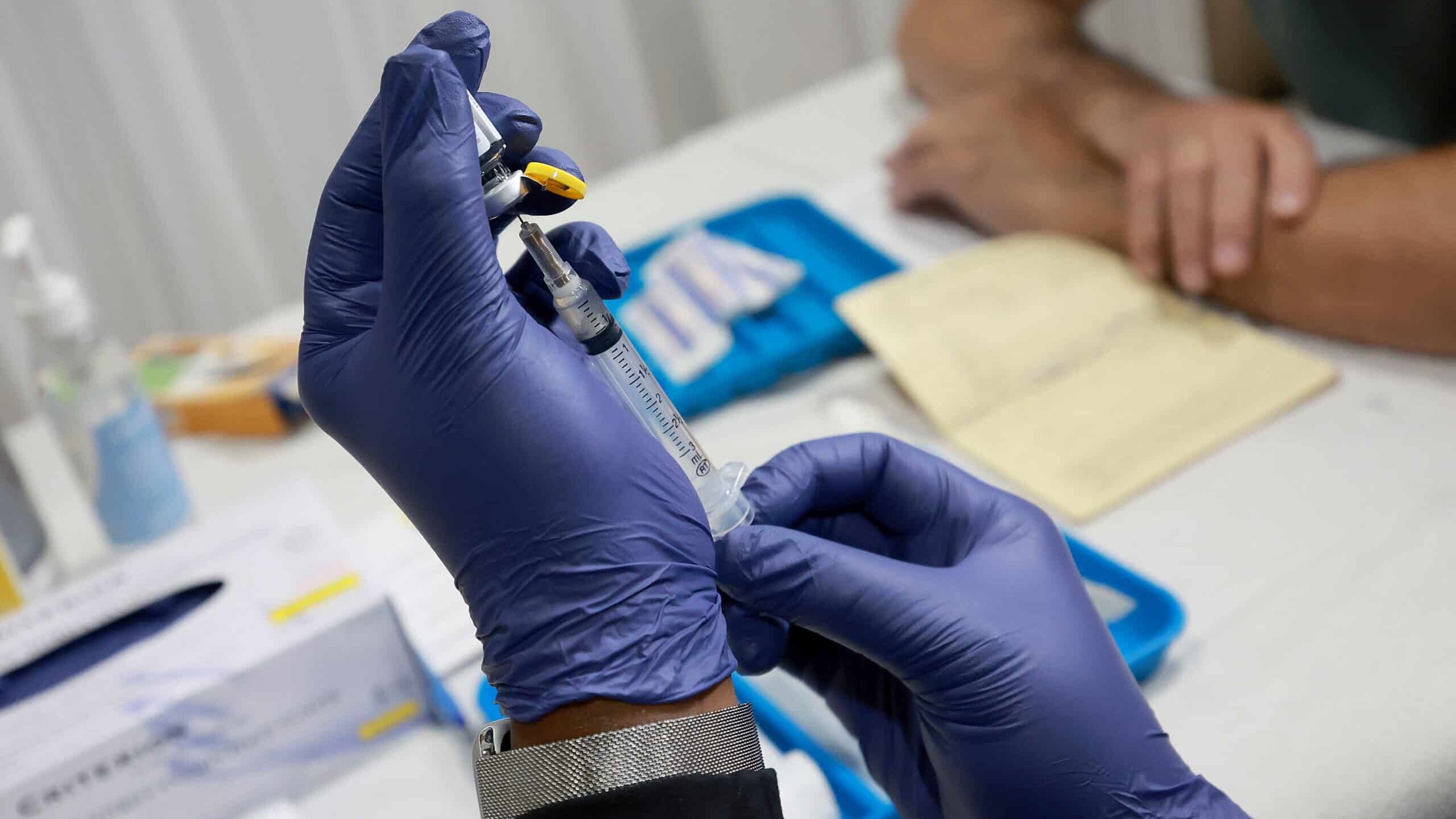 The Jefferson County Health Department (JCDH) is beginning to “step up” its monkeypox vaccination efforts, thanks to new guidelines from the U.S. Food and Drug Administration (FDA).

By next week, the county said it would begin offering intradermal injections of the Jynneos vaccine, a method that received emergency use authorization from the FDA on Wednesday.

“Instead of putting it deep under the skin in fat, it really goes quite shallow in the skin,” said Dr. Wesley Willeford, medical director of disease control at JCDH. “(The method) appears to provide a very good immune response based on some of the data that was submitted during the initial approval of the Jynneos vaccine,” Willeford said.

The change allows suppliers to increase their vaccine supply fivefold, a critical need for the country’s health services that do not have enough doses to meet demand.

“We have a lot of people looking to get vaccinated,” Willeford said. “The big rate-limiting milestone that was really holding us back was the number of vaccines Alabama and therefore JCDH has received so far.”

Willeford said JCDH got about 150 doses of the Jynneos vaccine on Thursday.

That’s out of a state allocation of 1,271 doses, according to Dr. Karen Landers, chief medical officer for the Alabama Department of Public Health (ADPH).

“We don’t have a lot of vaccines,” Landers said, “but we’re trying everything we can to meet the need, but secondly making sure we have equity between our rural counties as well as our urban centers of population.

Landers said doses were distributed to health departments in Mobile and Jefferson counties, as well as other locations across the state.

She said ADPH supports the move to intradermal vaccination to immunize more people, but the department needs to review the available data and ensure medical providers can implement the change.

“Some clinics might be able to make a change faster than others,” she said. “But we need to make sure people have training to do intradermal, because it’s not something young healthcare providers have a lot of experience with.”

As of Friday morning, 27 cases of monkeypox were reported in Alabama. Health officials have not disclosed the location of those cases, citing privacy concerns, but Landers said the virus is spreading “across the state.”

Dr. Michael Saag, an infectious disease specialist at the University of Alabama at Birmingham, said the state’s response to the virus is “evolving” but “moving in the right direction.”

He said testing capacity had increased in recent weeks, but it was “very likely” that many cases had yet to be diagnosed.

“That’s what worries everyone a bit,” Saag said. “Because this slow spread of transmission that could be happening in the community is going to create more bumps in cases once we get diagnostics in place and they work more robustly.”

Saag said the virus is spread primarily through close skin-to-skin contact, usually through sexual exposure. Most cases have been identified in men who have sex with men, but the virus is not a sexually transmitted disease and can infect anyone exposed to it.

“This virus doesn’t care if you’re gay or straight or what type of sex you have,” Saag said. “It’s just a question of which populations are affected. And right now, it looks like the overwhelming number of cases in the United States in particular are of men who have sex with men.

He said the priority was to vaccinate people in these high-risk groups, specifically targeting people who know they have been exposed to the virus, which has an incubation period of 10 to 14 days.

“If you give the vaccine, say on the fourth day, you can stop the expression of symptoms,” Saag said. “So we have this window.”

State and local health officials said they are working on plans to better educate the public about prevention and early detection of monkeypox.

They said the tests are now widely available in routine medical clinics, usually with a 24-48 hour turnaround time for results.

Vaccination is currently only offered at county health departments and prioritized for people who know they have been exposed to monkeypox, those who work with the virus in the laboratory, and those in high-risk categories.

To inquire about getting a monkeypox vaccine in Jefferson County, call 205-933-9110.