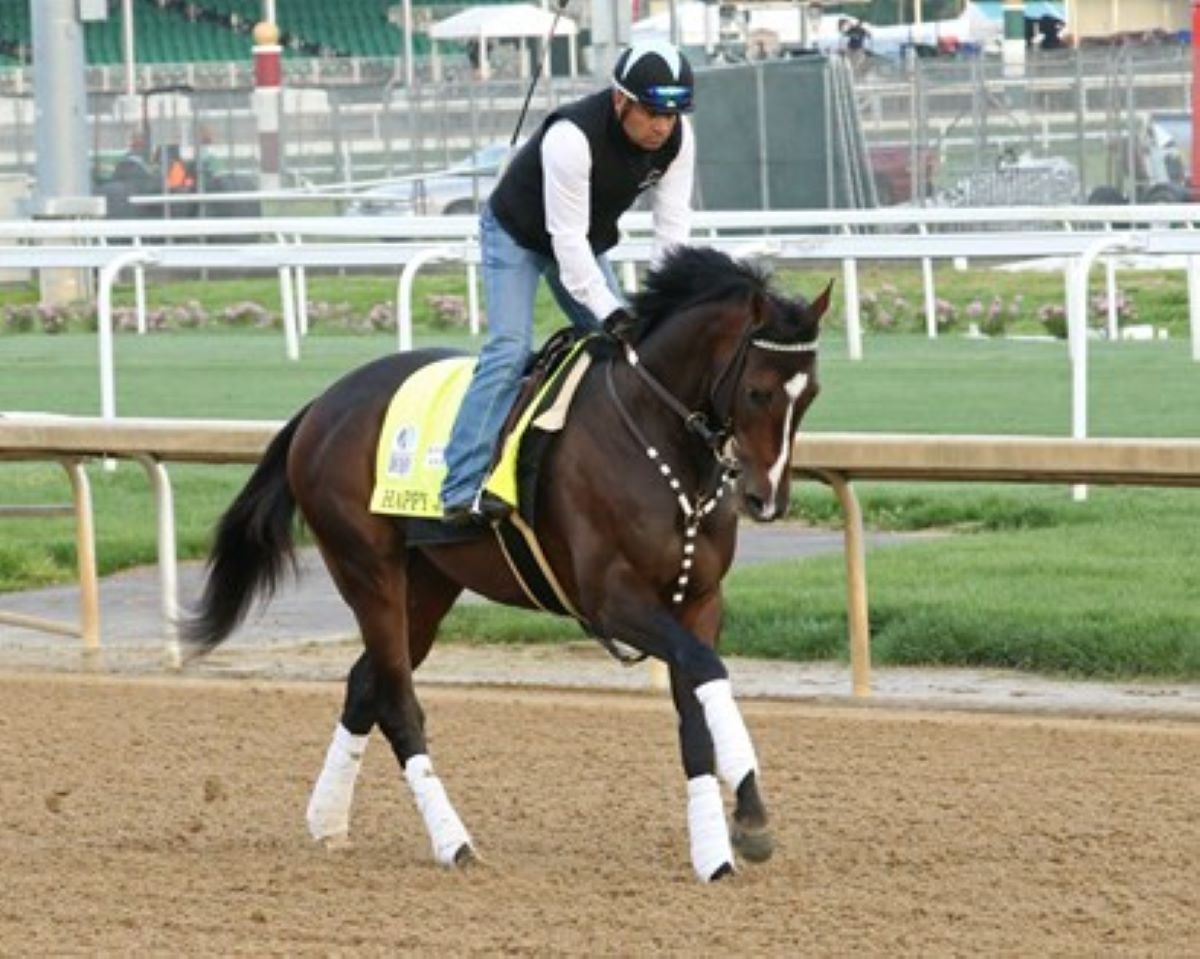 After explaining all the concrete reasons why he directs Happy Jack in the 147and Preakness Stakes, Doug O’Neill threw in that little side as the icing on the cake.

It was a good thing when Oxbow won the 2013 Preakness at 15/1. And O’Neill thinks Happy Jack can replicate his father’s finish in this year’s Preakness at Pimlico Racecourse.

“We did a bunch of diagnostics on him, took blood. It checks all the boxes for a horse that finished its recent run in good shape,” O’Neill said. “We like the Preakness distance and we like a shorter field than the 20 Horse Derby.”

Happy Jack finished 14and in this Derby at 23/1. He didn’t have the attacking speed to fight in a free-for-all Derby, but O’Neill saw enough to dispatch Happy Jack to the middle jewel of the Triple Crown.

This observation came after O’Neill’s discussion with Calumet Farm owner Brad Kelley, owner of Oxbow. The Kentucky Breeding Farm owns Happy Jack, and Kelley is one such owner who has no problem taking calculated risks with his horses.

“He’s got a lot of skin in the game,” O’Neill said. “He loves his horses and takes no shortcuts and surrounds them with the best people he can find. If a horse is doing well and showing it can come in and compete against the best, he’s in for it that way. I love it. love. No risk, no glory.”

If there’s one thing Happy Jack has, it’s guts. He may not have a lot of speed – as his speed numbers illustrate – but he has guts. After beating his maiden by 1¼ lengths, Happy Jack went to the Robert B. Lewis – where he lost by 27¼ lengths to Messier.

O’Neill sent him to Grade 2 San Felipe, where he finished third in Forbidden Kingdom by 10½ lengths. Unfazed, O’Neill worked his way up the class food chain to the 1st grade Santa Anita Derby. And Happy Jack finished third behind Taiba and Messier – by 12 ¼ lengths.

Still, O’Neill sees something with his trained eye, the same eye that saw his I’ll Have Another win the Preakness 10 years ago. This surprisingly defeated colt favored Bodemeister in both the Preakness and the Derby.

Yeah, that’s the only Californian horse in the Preakness

“In the morning, Happy Jack showed us some pretty special things,” O’Neill said. “To win his debut like he did, we know there’s definitely talent out there. I could see him jumping and winning a big race like this.

To that end, O’Neill will put the blinders back on and put Tyler Gaffalione on the colt’s back. Happy Jack has raced with blinkers on three of his first four starts. As for Gaffalione, he replaces Rafael Bejarano, who O’Neill said was not rolling on Pimlico’s Preakness Day card.

Happy Jack stayed at Churchill Downs after the Derby. O’Neill said he will likely ship to Pimlico on Tuesday.