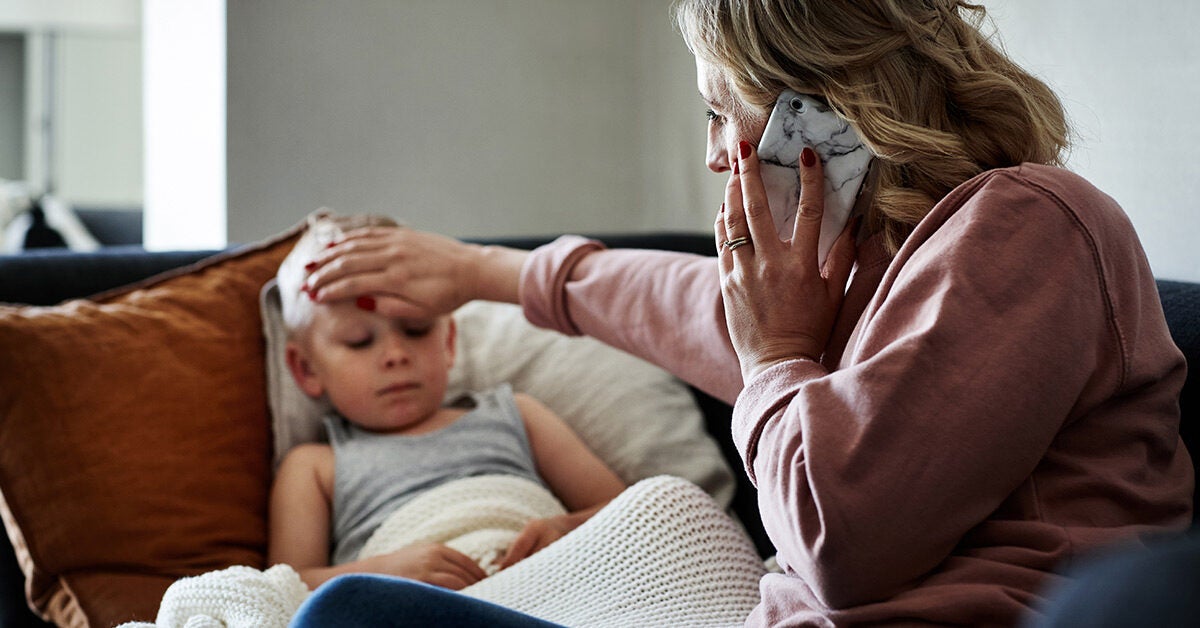 When the COVID-19 pandemic began in early 2020, researchers reported an increase in cases of Kawasaki disease, a disease that causes widespread inflammation in children under 5 years old.

Although the cause of Kawasaki disease is unclear, research suggests that genetic and environmental factors play a role. It can affect genetically predisposed children after exposure to a viral infection – for example, the novel coronavirus, SARS-CoV-2.

This article examines how COVID-19 affects children with Kawasaki disease, as well as typical methods of diagnosis and treatment.

Kawasaki disease was first described in the 1960s by Dr. Tomisaku Kawasaki, a Japanese pediatrician. Although it can occur anywhere in the world, it occurs at in Japan.

the reported that in the continental United States, Kawasaki disease resulted in an estimated 3,935 hospitalizations of children under age 5 in 2016. It is more likely to affect boys.

Kawasaki disease causes inflammation of the blood vessels. If left untreated, it can damage coronary arteries and greatly increase the risk of aneurysms and heart attacks.

Common signs and symptoms of Kawasaki disease include:

If a child in your care has a high fever with some or all of the symptoms listed above, see a doctor.

Researchers documented a sharp rise in cases of an illness that resembled Kawasaki disease during the early months of the COVID-19 pandemic.

For example, a from the UK described eight children who were hospitalized with symptoms that resembled Kawasaki disease or similar conditions for a 10-day period in mid-April 2020. Researchers described this as an “unprecedented” amount.

Another of France compared the monthly instances of Kawasaki disease from December 2005 to mid-May 2020. Researchers reported a 497% increase in hospitalizations in April 2020 compared to previous months, which corresponded to a peak of the COVID-19 pandemic. Additionally, 80% of those hospitalized have also been diagnosed with coronavirus infection.

And another from Italy also described an increase in cases of a severe form of Kawasaki disease during the early months of the COVID-19 pandemic.

However, other studies have reported stable or decreased levels of hospital admission for Kawasaki disease in the era of COVID-19.

For example, the authors of a large of Japan found that pediatric hospitalizations for Kawasaki disease remained stable during Japan’s state of emergency from April to May 2020. Meanwhile, rates of illnesses thought to trigger Kawasaki disease, including common respiratory and gastrointestinal infections have decreased.

The researchers concluded that since Kawasaki disease was still present during this time, it may be associated with airborne illnesses, such as COVID-19 and influenza, as opposed to illnesses that are transmitted through droplets or physical contact.

A from the United States reported an overall decrease in Kawasaki disease cases during 2020, although cases peaked in May.

The study authors pointed out that during this period, Kawasaki disease tended to affect older children and cause more severe symptoms. They suggested the potential for misdiagnoses of multisystem inflammatory syndrome in children (MIS-C), a condition described in the next section.

Finally, a company based in Iran found that Kawasaki disease hospitalizations remained stable during the COVID-19 pandemic. However, 68% of those admitted also had COVID-19.

There are significant discrepancies in these studies. While COVID-19 appears to increase the risk of inflammatory symptoms in young people, it’s not always clear if Kawasaki disease is the cause.

As most of the study authors cited above have indicated, more research is needed to better understand the relationship between Kawasaki disease and COVID-19.

However, according to the American Academy of Pediatrics, MIS-C can also cause additional symptoms, including:

Another difference is that Kawasaki disease tends to affect young children, while MIS-C appears to affect both children and adolescents.

There is no definitive test for Kawasaki disease. Instead, your doctor will try to rule out illnesses that cause similar symptoms while determining if a secondary infection, such as COVID-19, is present.

You may be asked to describe your child’s symptoms and medical history. Your child might also have routine tests, such as:

According to , a doctor diagnoses Kawasaki disease when a fever lasts more than 5 consecutive days. In addition, doctors check for 4 of the following 5 symptoms:

It is possible to be diagnosed with Kawasaki disease without having four of the symptoms listed above. If your child has a fever and abnormal coronary arteries, it could be a sign of atypical Kawasaki disease.

Kawasaki disease should be treated as soon as possible. Your pediatrician will take steps to lower your child’s fever, reduce inflammation, and prevent complications such as heart problems.

How is Kawasaki disease treated in children with COVID-19?

When a coronavirus infection is present, treatment for Kawasaki disease does not change. Aspirin, intravenous immunoglobulins and corticosteroids are the main treatments prescribed by doctors.

According to a additional treatments may include:

There is little research available at this time regarding vaccinating children with Kawasaki disease against COVID-19.

COVID-19 vaccines have not yet been approved for children under 5, the population most likely to be affected by Kawasaki disease.

However, according to the nonprofit Kawasaki Disease Foundation, there is no reason to believe that COVID-19 vaccines pose additional risks for children who have previously had Kawasaki disease.

Once your child’s fever has passed, treatment may be continued for longer to prevent cardiovascular side effects. During this time, your pediatrician may monitor your child to rule out heart complications.

Of the children who receive early diagnosis and treatment, most recover fully without long-term health effects. A small minority of children will develop long-term heart problems, which require treatment by a pediatric cardiologist.

Deaths associated with Kawasaki disease and COVID-19 are extremely rare.

Kawasaki disease is an inflammatory disease that causes fever in children under 5 years old. Researchers don’t know exactly what causes it. It appears to develop in genetically susceptible children after exposure to an infection, such as the SARS-CoV-2 coronavirus.

Kawasaki disease closely resembles MIS-C, another inflammatory disease that has occurred at an increased rate during the pandemic. Symptoms of Kawasaki disease and MIS-C often overlap, making it difficult to distinguish between the two.

If your child has a persistent high fever, it is important to see a doctor quickly to determine the cause and get treatment.

2022-04-08
Previous Post: Tierrasanta resident shares her battle with Lyme disease ahead of a local walk
Next Post: 5 Skin Problems Most Gym Goers Are Likely To Struggle With And Here’s How To Fix Them | News