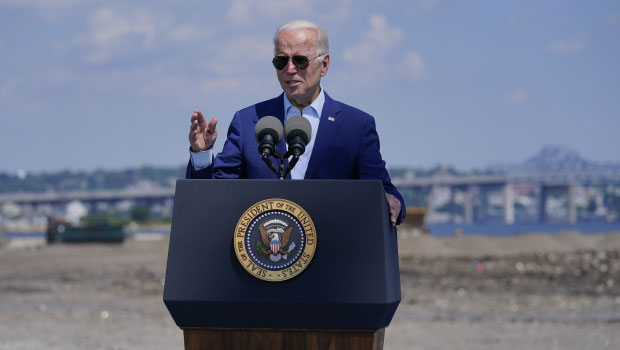 President Joe Biden, 79, said he had cancer on July 20 during a speech on global warming. The seemingly nonchalant comment came as the president spoke about harmful emissions from oil refineries near his childhood home in Claymont, Del. “That’s why me and so many other people I grew up with got cancer and why for a very long time Delaware had the highest cancer rate in the country,” he said, as the watch the clip below.

BIDEN: “I and so many other people I grew up with have cancer.”

Did Joe Biden just announce he has cancer? pic.twitter.com/FeZFsbAeMN

Joe and Jill Biden: discover the photos of the president and the first lady

That’s what the chair was referring to. https://t.co/8F0NGTei6f

Joe’s medical report, which was released in November 2021 by his doctor, Dr. Kevin O’Connor, addressed Joe’s past skin cancer scare and attributed it to his time outdoors as a child. “It is well established that President Biden spent a lot of time in the sun in his youth,” he wrote. “He had several localized non-melanoma skin cancers removed with Mohs surgery before he started his presidency. These lesions were completely excised, with clear margins. Dr O’Connor later confirmed that there “were no areas suspected of skin cancer” at the time of the report.

The report also revealed that the oldest president in US history had a slowly growing “benign” polyp removed from his colon in November 2021, similar to the polyp that was removed in 2008. The report was positive and noted as “reassuring”.

In February, Joe pledged to “end cancer as we know it” by reinvigorating his Cancer Moonshot program. “Due to recent advances in cancer therapeutics, diagnosis and patient-centered care, as well as scientific advances and public health lessons from the COVID-19 pandemic, it is now possible to set goals ambitious: reduce the cancer death rate by at least 50% over the next 25 years, and improve the experience of people and their families living with and surviving cancer – and, by doing this and more , ending cancer as we know it today,” a statement on the White House website said. .