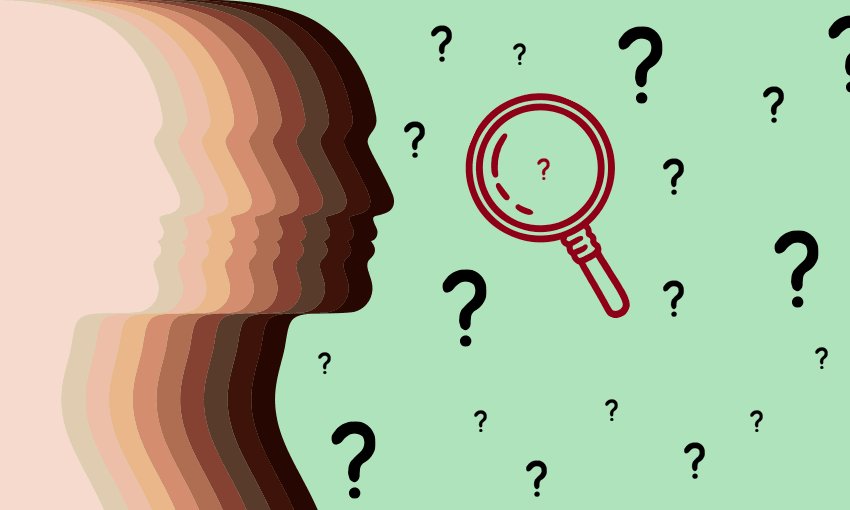 Is dermatology suitable for all skin tones?

An incident at a high-end skin clinic in Ponsonby represents a much bigger problem in dermatology, reports Alex Casey.

An Auckland man speaks out after a procedure at a high-end skincare specialist left lasting marks on his face, hoping the wider skincare industry will become more inclusive of people people with darker skin. Sam Chagani, a 42-year-old property advertiser, now has two lasting marks on his face after he was recommended – and received – cryotherapy at the Skin Institute in Ponsonby, although the treatment is considered a risk for darker skin types.

Chagani decided to visit the Skin Institute in October after worrying about two small sunburn spots on her face. Having lived in Aotearoa for two years, he knew our high rates of skin cancer, and wanted his skin assessed at “the finest private institution we could find”. During her appointment, the specialist told her that there was a risk of the patches becoming skin cancer and recommended cryotherapya treatment where liquid nitrogen is used to freeze skin lesions, for $90.

After explaining that the cryotherapy treatment was “like frostbite,” Chagani said he was careful to mention that his skin was healing quickly. “I said my skin heals very easily – cold hives and even mosquito and sandfly bites sometimes leave a scar that will stay for months.” The dermatologist assured him that everything would be fine, he recalls. “It hasn’t occurred to me to question this when there’s a chance it’s skin cancer, and it’s a professional doctor fixing things .”

After the treatment, Chagani was left with two prominent dark marks, one under each eye. They haven’t healed yet, despite the Skin Institute website stating a recovery time of around five days. “A month and a half later, I still have these big spots on my face that show no signs of fading.” The Skin Institute arranged a follow-up after receiving a complaint from Chagani, where he was told the scars could remain for six months to a year and he would not receive a refund.

Although the two scars may seem minor to some, Chagani said they had a “horrible” impact on his life. Last month, a work associate asked him if he had “joined a gang” during a Zoom sales meeting. “People see a brown man and they see a little scar under his eye, so I must be in a gang now?” he said. “The baggage I carry as a brown person is very different. I don’t know if any of their white employees would ever understand the impact of that.

Skin Institute was unable to discuss the specifics of this specific case due to confidentiality, but said it has been in contact with Chagani to try to resolve the issue. “As part of our strict complaints process, we work closely with external agencies and regulators, giving them access to all documentation to allow them to independently investigate the care you receive. a particular patient has received and then to act on any recommendations that may arise from their investigation,” Chief Medical Officer Dr Rajan Patel said in a statement.

The Spinoff described Chagani’s experience to a skin cancer specialist Dr Sharad Paul, who has written several books on dark skin. “I would personally avoid cryotherapy on darker facial skin because of the very risk you mentioned,” he said, adding that “ethnic or dark skin is not something we do well in New Zealand”. Paul also explained that many drugs needed to treat vitiligo and other pigmentary skin disorders that are more noticeable in dark-skinned patients are either not funded here or not available at all.

Paul, who has just returned from a lecture tour in the United States, noted that dermatology remains one of the least diverse medical specialties in the Western world. A 2021 US study found that only 3% of dermatologists were black, even though 12.8% of Americans were black and 4.2% of dermatologists were Hispanic, although 16.3% of Americans were Hispanic. There is no comparative data locally, but a quick scroll through several large dermatology practices reveals a predominantly white workforce.

Representation is not only prominent in the clinics themselves, but in educational literature. British doctor Neil Singh writes about the need to decolonize dermatology in 2020, reflecting on the fact that he only remembers seeing dark skin in a textbook three times during his entire medical training. Last year, an American study analyzed imagery in dermatology textbooks and found that only 11.5% of examples showed dark skin. During the pandemic, the literature showing the skin symptoms of Covid-19 revealed the same pattern.

Chagani said her experience at Ponsonby’s Skin Institute has given her deeper insight into the work that remains to be done to meet the needs of Aotearoa’s diverse population. “I worry about people who don’t have a voice, I’m talking about brown people who are immigrants and have English as their second or third language and just wouldn’t know what to say in that situation,” did he declare. As he continues to check the marks in the mirror, he hopes Aotearoa’s dermatologists will also take a close look at themselves.

“It was a professional place that had to treat people with dignity and care and be very aware of their specific skin needs,” he said. “Regardless of their melanin.