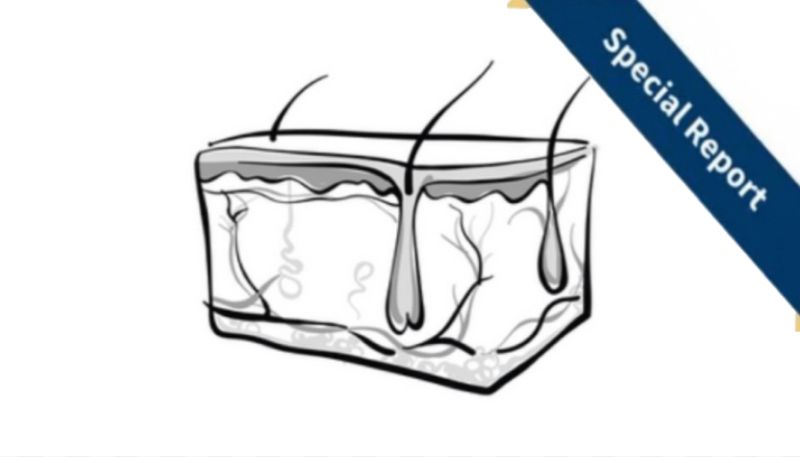 Those who have served active duty in the military are at an increased risk of skin cancer, including melanoma and keratinocyte cancers, compared to those who have not. Future research is needed on this understudied group to further test clinician screening interventions for veterans.1

Due to the importance of combat and military preparation, it can be difficult for service members to mitigate the risk of developing skin cancers. Some of the risks for the military veteran population include increased exposure to UV rays, minimal sun protection strategies, and a lack of education about the risks of UV exposure, but the majority of military veterans have never been screened for skin cancer by a physician, according to researchers at the Rutgers Cancer Institute in New Jersey.1.2

Another reason for the high risk of skin cancer in this patient population is because older white men are overrepresented in the military.

“Veterans are more likely to be older white males, and they will be at higher risk due to their age, race and gender. There are physical, genetic and behavioral factors that play a role. People may have genes that make them more susceptible or a family history of skin cancer. They can have sun-sensitive skin, light skin, light hair, light eyes, freckles, and burn easily, that sort of thing. More sun exposure, artificial tanning, if they don’t protect their skin or don’t wear clothes and hats can put them at risk,” Heckman said. “Military members may be more likely to be at risk if they are deployed in hot, sunny locations that do not have shade structures or do not have access to sunscreen. They may have uniforms that cover most of their body when working, but people may not know how to protect themselves when off duty.

In order to track and care for veterans, some experts have recommended that those who served on active duty receive periodic and routine medical examinations for skin cancer. However, there was previously no recommendation from the U.S. Task Force on Preventive Services regarding routine skin cancer screenings for the average-risk U.S. population, and little is known about the history of these screenings. for veterans.

Accordingly, the data was drawn from the 2015 National Health Interview Survey, an in-person probability survey of noninstitutionalized civilian American adults. A sample of 33,672 adults aged 18 and over were recruited. In a specific study approved by the Rutgers Health Sciences Institutional Review Board, 2,862 U.S. Army veterans who had never reported a history of skin cancer and responded to cancer screening items skin from the doctor were examined and asked if they had ever had all of their skin checked for cancer. by a dermatologist or other physician.

“We looked at data from the National Health Interview Survey which is run by the CDC. This data is a few years old, but unfortunately I don’t expect much has changed about it since then,” Heckman said.

The primary objective of the study was to examine the prevalence and correlates of medical screening for skin cancer among veterans. The test methods included asking veterans if they had ever served in a foreign country, determining their gender, age, highest level of education, race/ethnicity and region of residence in United States. Additionally, the study asked patients about their insurance coverage, which included TRICARE (military), private, Medicaid, other health insurance, veterans health care only, or uninsured.

People were also asked about their source of routine preventive health services, their level of concern about paying medical bills, their family history of skin cancer, their sensitivity to the sun, the number of sunburns they they have had in the past year and whether or not they have ever used artificial tanning equipment.

The sample of participants examined in the study was consistent with the US veteran population and largely consisted of non-Hispanic, middle-aged and older white men. The results revealed that 30.88% of veterans said they had ever had a skin examination by a doctor. Of those who reported having had a skin exam by a doctor, 51.60% indicated that their exam had taken place within the last year.

Screening rates were higher among the most physically active people and those who reported having more sun-sensitive skin, a factor that puts them at higher risk of developing melanoma. Skin cancer screening rates varied by veterans’ insurance status. Nearly 2/3 of the veterans assessed had either TRICARE or private health insurance. The highest testing rates were reported among those with TRICARE insurance and the lowest rates among uninsured veterans.

Based on the results of multivariate logistic regression analysis, many other factors were found to be associated with a significantly higher rate of physician screening for skin cancer.

“We found that about 31% of veterans said they had ever had a skin exam by a doctor, and that’s a relatively low rate. Then we found things that correlated with skin cancer screening. If they were older, had a college education, were Caucasian, if they had TRICARE, military health insurance…all of these factors were associated with a higher prevalence of skin cancer screening,” said Heckman.

Factors associated with higher levels of skin cancer screening rates also included living in the Northeast as opposed to the Midwest, receiving preventive health care at a doctor’s office, and engaging in behaviors of sun protection.

While the article written by Heckman and his colleagues, Elliot Coups, PhD, Sharon Manne, PhD, and Jerod Stapleton, PhD, concluded on the importance of medical screening for skin cancer for those who served in the army, Heckman notes the benefit of screenings in all high-risk individuals and what oncologists can do to better understand how to work with this patient population.

“There are many evidence-based sources for provider and patient education in the scientific literature, CMEs, and the Internet. Examples are the CDC, the National Cancer Institute, the American Academy of Dermatology, and the Skin Cancer Foundation. Patients should be referred to oncologists if providers suspect cancer based on signs, symptoms, biopsies, etc. “said Heckman.

“Oncologists should keep in mind that veterans with skin cancer may need help accessing health care benefits to which they may be entitled. They may need additional support with ongoing monitoring and skin protection,” Heckman added. “Awareness is not high enough. People have misconceptions and need to be educated and educated about their own personal risk factors. In addition, there are systemic barriers such as the limited number of military dermatologists and the lack of accessibility to certain health services.