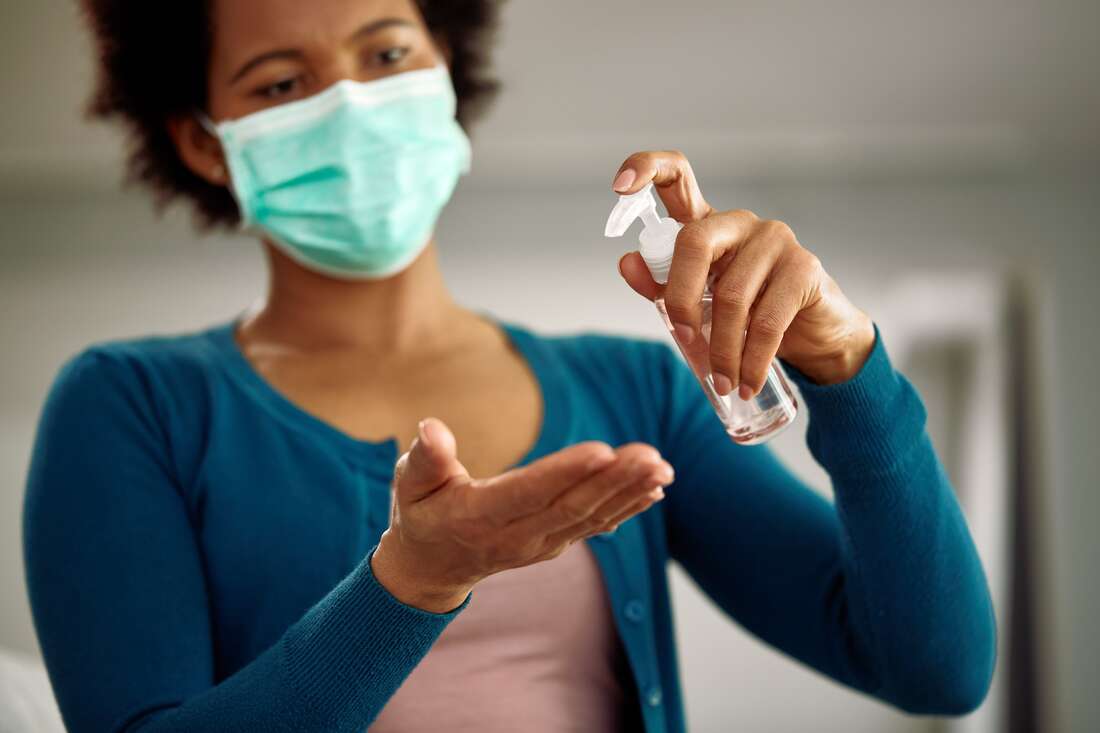 The use of disinfectants is common in most Kenyan households. People rely on them to improve cleanliness to keep their homes free from disease-causing germs.

This practice has become even more pronounced amid the Covid-19 pandemic, as public health messages advocate better hygiene among other measures to help prevent illness.

“I have never been so fussy about the cleanliness of my house. But since the arrival of the Covid-19 disease, I disinfect all frequently used surfaces in my house such as table tops, shelves, worktops kitchen work as well as door handles. Before, I only relied on normal soap and detergents. But now I have to use disinfectant sprays and liquids to make sure all the germs have been killed,” says Lilian , mother of two, based in Nairobi.

This practice has also become common in workplaces, as organizations make sanitizing a priority to keep customers safe amid the pandemic.

Additionally, people have taken to sanitizing their hands using alcohol rubs among other chemicals, whenever they are unable to properly wash their hands with soap and water, as a preventive measure against Covid-19.

While all of this is happening, health experts have raised the alarm about the possible effects of these disinfectants on pregnant women, as it predisposes their unborn children to lung complications and skin problems.

A new study published in the Occupational and Environmental Medicine Journal has found that excessive use of disinfectants by pregnant women may be a risk factor for asthma and eczema in their children.

Asthma is a condition in which a person’s airways in the lungs become inflamed, narrow and swollen.

These symptoms are accompanied by excessive production of mucus, which blocks the airways and makes it difficult to breathe.

The disease also causes wheezing, coughing, or chest pain and can be life-threatening.

Eczema, on the other hand, is a very common skin condition that causes inflamed, itchy, red, dry and irritated skin. It damages the skin barrier (protective glue), making it more sensitive and prone to infection and dryness.

The condition has no cure, but there are treatments that can help affected individuals relieve eczema symptoms.

According to the researchers, previous studies have indicated a link between exposure to disinfectants in the workplace and the development of asthma as well as a skin condition known as dermatitis.

“However, this new study is one of the few to have examined the impact of the use of disinfectants during pregnancy and the later development of allergic diseases in children.”

“And given the current increased use of disinfectants to prevent new coronavirus infections, it is of great public health importance to determine whether prenatal exposure to disinfectants is a risk for the development of allergic diseases such as asthma and eczema in children,” said researchers from Yamanashi University in Japan who led the study.

The research results were taken from an observational study that involved 78,915 participants (mother-child pairs) in Japan.

Although this was done in workplaces like hospitals, the researchers noted that the study results are important because there has been a huge increase in the use of bleach and disinfectants for hands during the pandemic.

They specifically showed that the likelihood of children suffering from asthma or eczema was significantly higher if their mothers had used disinfectants one to six times a week during their pregnancy.

There was an exposure-dependent relationship between prenatal exposure to disinfectants and the likelihood of children suffering from both conditions.

Several mechanisms that could explain the increased risk of these two conditions in children, following the exposure of their mothers to disinfectants during pregnancy have been suggested by the authors.

They noted that disinfectants tend to negatively affect or destroy beneficial microorganisms found in the gut and skin of mothers, and subsequently their offspring. They also interfere with the immunity of the unborn child.

For health and safety reasons, doctors recommend that pregnant women minimize their use and exposure to disinfectants.

They are urged to adopt alternatives, where possible, such as using soap and water for hand washing instead of frequent use of disinfectants or hand sanitizers.

Whenever disinfectants must be used for cleaning, pregnant women can protect themselves by wearing masks to avoid breathing in the fumes, as well as gloves to avoid touching the products.

Almost any chemical used in homes could potentially harm a person if used improperly and in large amounts.

However, health experts note that the most toxic chemicals to avoid when cleaning during pregnancy are high-level disinfectants with ethylene oxide gas, hydrogen peroxide gas plasma, glutaraldehyde , orthophthalaldehyde, peracetic acid and formaldehyde.