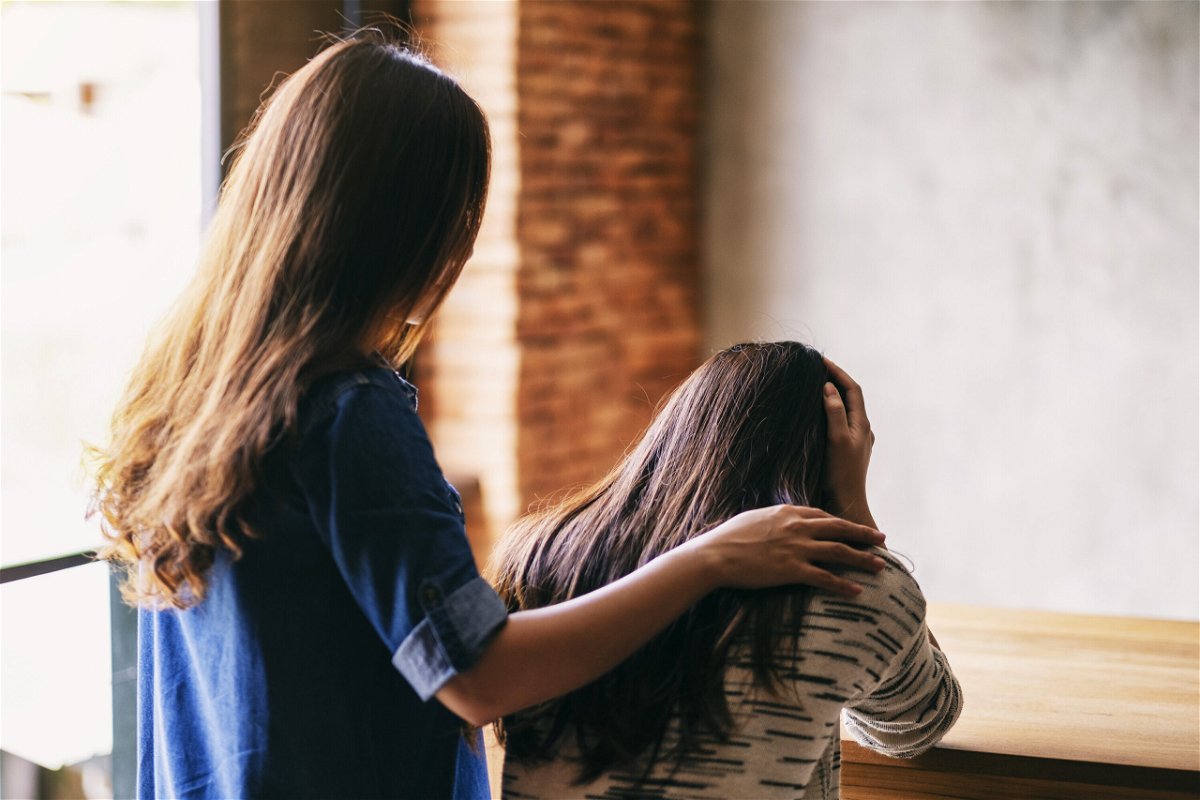 Do you know someone with an eating disorder? Here are 6 key ways to help

If you suspect or know that a loved one has an eating disorder, supporting them can be a game changer for them.

Eating disorders affect at least 9% of the world’s population, which includes approximately 30 million Americans. More than 10,000 people die each year from eating disorders, and that’s in the United States alone. And the pandemic has led to an increase in the number and severity of cases, according to a January study published in the journal The Lancet Psychiatry.

The people closest to someone with an eating disorder play “a huge role in just paying attention and identifying potential risk factors or signs,” said Alvin Tran, assistant professor of public health at the University of New Haven in Connecticut. Tran researches eating disorders and body image.

One of the easiest things to do is ask how to help, said Joann Hendelman, clinical director of the National Eating Disorders Alliance. But you have to educate yourself first, she added, because not knowing enough can be harmful.

Here’s what else you need to know about supporting someone with an eating disorder.

Since early intervention is key, being able to recognize the signs of eating disorders is important, Tran said. Knowing the facts about weight, nutrition and exercise can help you reason with someone about the myths that fuel their habits, according to the National Eating Disorders Association.

Here are some common signs that may indicate weight loss, body size or shape, and food control becoming major concerns, according to NEDA:

The National Eating Disorders Association has lists of warning signs for each eating disorder, but be aware that symptoms don’t always fit into a box.

If you want to confront your loved one about the signs you’ve noticed, repeating what you want to say can help ease some of your nervousness, according to NEDA.

Schedule a time to talk in a private setting. Instead of asking if someone has an eating disorder, making accusations, or giving opinions, use factual “I” statements about what you’ve noticed.

That could mean saying, “Hey, I noticed you’re obsessed or talking more about dieting,” Tran said. “Or ‘I’ve noticed that you’re not comfortable eating in front of people. Please know that I’m here to offer that support if you ever need it.

Bringing up someone’s weight or appearance is rarely appropriate or helpful, Tran and Hendelman said. And don’t give simplistic advice like “just eat” or “just stop eating,” suggests NEDA.

“It’s like going to someone with a substance addiction or someone who smokes and saying, ‘Just quit,'” Tran explained. “It’s not that simple, and you’ll often get backlash when you make comments like that.”

Also, be prepared for defensive reactions to your sound advice. Some people might get angry if your awareness threatens their chances of getting what they want from their eating disorder. If this happens, repeat your concerns, but don’t force it — say you care and leave the door open for conversation, says NEDA.

3. Encourage them to ask for help

People with eating disorders need professional help to heal. If he doesn’t have a doctor or therapist but is ready to recover, you can offer to help him find one or make an appointment with him.

Getting effective treatment as soon as possible greatly increases a person’s chances of recovery, says NEDA.

Here are some resources:

Don’t just assume your loved one will see a professional – make sure the person will follow through.

4. Remind them why they want to heal

Whether your loved one wants to travel, make friends, have children, or pursue a career, they may have goals that have been thwarted by an eating disorder.

Reminding the person of this future can help focus on long-term recovery, rather than the perceived short-term benefits of the disordered behavior, NEDA says. Help them reconnect with their values ​​and with who they want to be.

You should also avoid saying things that can be triggering, such as comments such as “Wow, you got two brownies?” or “I feel so fat right now.”

“Someone with an eating disorder competes with everyone else’s body,” Hendelman said. “The voice in someone’s deranged brain is, ‘You can’t compete with this person, you have a bigger body, you’re bad, you should be on the diet this person is on.’ “”

If all you talk about with your loved one is the eating disorder, that person might push you away, Hendelman warned.

Typically, an eating disorder is just the tip of the iceberg in terms of what’s going on with the person – underneath there could be issues such as depression, anxiety, a trauma or insecurities.

“Understand that this loved one is hurting,” Hendelman said. “Food and diet are how they numb pain, tolerate anxiety, or get through the day.”

Sometimes just doing fun and relaxing activities together can do two things: soften what the person is going through and show that you’re there, but not stuffy.

Overall, supporting someone with an eating disorder takes patience, nurturing, understanding, compassion, and gentleness. But be firm and “don’t wait until the situation gets so bad that your friend’s life is in danger,” advises NEDA.

2022-03-20
Previous Post: Summer time! Keep your skin happy with cold therapy
Next Post: The Week Ahead in Biotech (March 20-26): Focus on the FDA’s Zogenix Decision, Dermatology Conference Presentations and Results