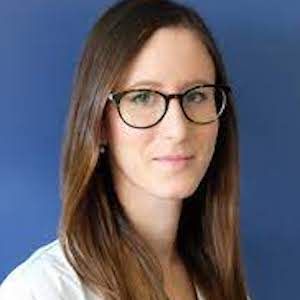 New, late-breaking data presented this month at the 2022 meeting of the European Academy of Dermatology and Venerology (EADV) showed distinct inflammatory features in adult atopic dermatitis compared to standard atopic dermatitis of the child.

The data, presented by Paola Facheris, Ph.D., postdoctoral fellow in the Inflammatory Skin Diseases Laboratory at the Icahn School of Medicine at Mount Sinai, contributes to an evolving understanding of how rising rates of atopic disease in the adulthood become active and how clinicians can potentially adapt treatment accordingly.

In an interview with HCP Live At EADV 2022, Facheris discussed his lab’s research into the pathology of atopic dermatitis, these latest findings, and the implication of recent clinical drug development with respect to the growing disparity between atopic dermatitis from the child and that of the adult.

HCP Live: First, could you help us define our known history and interpretation of TH1 and TH2 activation in atopic dermatitis?

Thus, it was thought until 20 years ago that most forms of atopic dermatitis that we see in adult patients are those that begin in childhood, and they are persistent or relapsing into adulthood. But about 20 years ago, we first used the term “adult atopic dermatitis”, which means that there are patients with atopic dermatitis who show symptoms for the first time after 20 years old. So after that, for about 20 years, there were a lot of reports of this type of atopic dermatitis, and it seems that this subtype is different from one that started in childhood, in terms of risk factors and clinical in appearance. There are typical forms, where we have involvement of the head and neck, hands and feet, and we have atypical forms, in terms of clinical appearance.

Our laboratory therefore started with the questions: “Is this form of atopic dermatitis similar to that which began in childhood or is it different?” What is the molecular profile of these 2 diseases? We therefore started from these questions, and we analyzed the transcriptomic profile in the skin of these patients and we analyzed the proteomic expressions in the serum of the patients. So, atopic dermatitis is known to be a TH2 and TH22 disease, which means that we have hyperactivation of all the cytokines and interleukins related to this pathway, such as IL-4, IL-5 and IL -13.

And what we discovered is that the two diseases share these common upregulations. They both have strong TH2 and TH22 upregulation. However, the magnitude of these changes is higher in the form since childhood, and we have modulation of other immune pathways. So the form of atopic dermatitis that we call pediatric onset atopic dermatitis is not only TH2 and TH22, but it is also TH17. And conversely, the adult-onset form of atopic dermatitis is more of a TH1 component that is not seen in children. And this TH1 component is present in the lesional skin, in the non-lesional skin, and also in the serum of these patients. And we have a very nice correlation between the TH1 markers in the serum and the skin of these patients, which means that this pathway contributes to this disease and is something atypical of this form of atopic dermatitis.

Our interpretation and evaluation of these inflammatory pathways as they impact patients with atopic disease, such as adults with atopic dermatitis, is extremely implicated given the current state of available, emerging, and investigational biologics. . Is this something that there are potential agents under consideration or coming up with that could approach this route more directly?

Facheris: I mean, we’re in lucky times for atopic dermatitis. Many agents are in the pipeline, about to be released, or under investigation. So it’s a good time for atopic dermatitis. I would say dupilumab – we know that’s the first approved biologic drug for atopic dermatitis and it primarily targets the TH2 pathway. So in this case, dupilumab is indicated for older dosage forms with TH2 upregulations. But, in adult atopic dermatitis, ideally you would want a drug that can target the TH1 pathway as well. So something that has a broader effect – like for example JAK inhibitors might be good drugs, or those drivers that are able to impact T cells regardless of which pathway they belong to, for example, OX40 is a good target for these patients or CCR4 can also be another good target.

Speaking of dupilumab, they secured a very significant indication in the treatment of atopic dermatitis earlier this year: the youngest eligible pediatric population, ages 6 months to 5 years, received FDA approval in the States -United. Obviously, with these results, it would probably clear up the question of whether we would nevertheless see a greater benefit for our patients with atopic dermatitis in adulthood.

Would these findings begin to better influence directions, and even guidelines and recommendations, for treatment and care strategies in atopic dermatitis as these drugs become available in all age populations?

Facheris: Yes exactly. That’s exactly the point. We will have a lot of drugs on the market, and being able to characterize the disease, being able to choose the right molecule for the right patients will be the objective. Dupilumab, just like you said, is a great drug. For sure, it is suitable for all ages. That’s what we learned. However, when dealing with difficult populations, such as adult atopic dermatitis, dupilumab may not be able to cover this TH1 activation. So that’s the main reason why we need to stratify the patients and we need to find the right target for each of them.

As we understand, pediatric allergic and atopic diseases are increasing every year. This really justifies the need for such an expansion of availability – obviously, better diagnostics, better interpretation of biomarkers and observable risks. We remain so focused on the inherent and developed risk in the early stages of atopic disease.

Is this something we are also seeing increasing in adults? Is atopic dermatitis in adults on the increase?

Facheris: It’s exactly as you say. We are seeing an increase not only in the pediatric population, but also in the adult population. In the United States, 26% of all adult patients with atopic dermatitis report an adult onset of the disease. But in other countries like Italy, up to 60% of patients report this kind of onset of symptoms after 20 years. So that’s something we have to pay attention to. We need to ask the patient to investigate their history to see if they have had any risk factors or personal history of atopic dermatitis. But apparently it is something that emerges and increases. I think dermatology should be more aware of this form of atopic dermatitis.