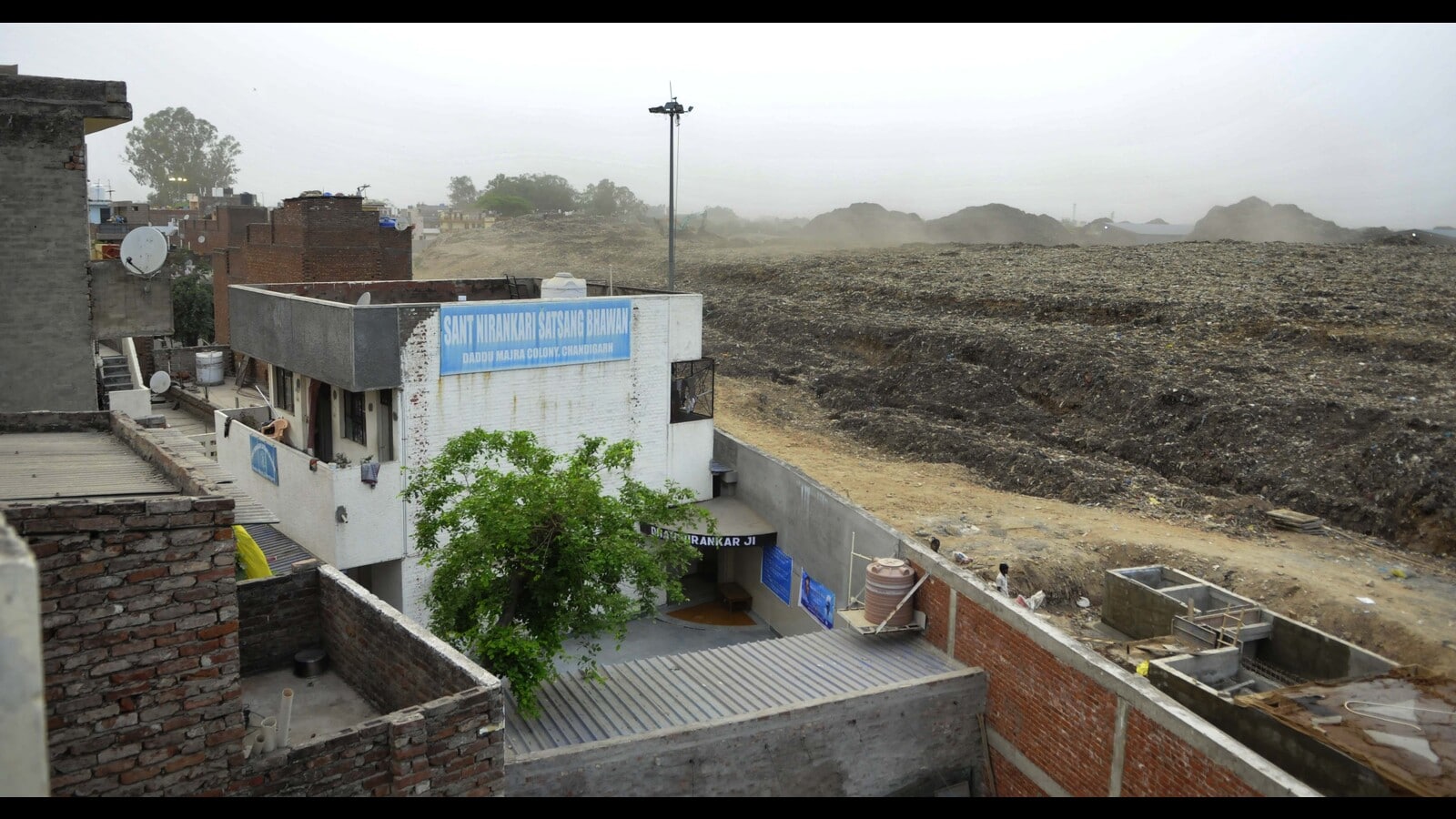 Chandigarh: Common Health Issues in All Houses Near Dadumajra Landfill

For 12 years, Vinod Kumar, 42, a resident of Dadumajra settlement, has been suffering from skin allergies and fungal infections. With even medical treatment not helping his condition, medical experts recommended that he move his residence next to City Beautiful’s largest dump.

“The fungal infection of the skin is so severe that the doctors asked me to leave this area. Flies and mosquitoes are rampant here, a major cause behind my skin problem. Due to my condition, I can’t even wear warm clothes in the winter. Worse still, even my teenage sons are facing the same evil,” said Kumar, a government employee.

Kumar and his sons are not the only ones suffering in the colony. In almost all the houses near the Dadumajra landfill, people are suffering from various health problems including allergies, asthma, skin conditions, tuberculosis (TB), cancer, paralysis and other chronic diseases. Five cancer patients have died in the Dadumajra settlement over the past two years.

Spread over 45.11 acres, the landfill is located right in the middle of the residential area, exposing the residents of Dadumajra, Sector 38 (West), Sector 25 and Dhanas Settlement to various health hazards and threats. foul odors.

Last week, it took more than two days to put out a fire at the dump that left many people complaining of respiratory problems. The dump has witnessed, on average, 30 fires each year between 2005 and 2021. According to information accessible under the Right to Information (RTI) Act, 486 minor and major fires have been reported at the site since 2005.

Mohinder Singh, 68, has lived in Dadumajra settlement since 1980 and has suffered from asthma for 25 years.

“We always keep asthalin pumps, oxygen concentrators and nebulizers at home. I can’t talk much and I have difficulty breathing. During fires at the landfill site, I feel suffocated and have to use a nebulizer,” he said. Even 19-year-old Deepanshu always has medicine in his bags because the air pollution irritates his eyes.

“My skin problems started with a small boil and now they have spread all over my body. I can’t stop myself from scratching my skin to soothe it, but it’s causing bleeding,” said Chanderpal, 63 years old, another resident of the colony.

“No health facility for people”

Dadumajra Councilor Kuldeep Dhalor said, “Last year my father passed away after having a sudden asthma attack and it is not just a family story. Although people complain regularly, there is only one government dispensary in the neighborhood. There is also only one dermatologist and a limited number of general practitioners. People are forced to rush to GMSH-16 or PGIMER even for small ailments. We ask the authorities to move the landfill so that people can live there safely because the garbage treatment plant is useless.

Dr JS Thakur from the Department of Community Medicine and School of Public Health at the Postgraduate Institute of Medical Education and Research (PGIMER) said: “The dump leads to major pollution of air and water in the region, because of which people are suffering from chronic diseases. Even the young population is affected. There should be a proper waste management plan in the city and the garbage should be handled using advanced technology.

2022-04-14
Previous Post: Hers creates a personal skin care solution that works
Next Post: Beauty Devices Market is Expected to Reach USD 50.40 Billion at a CAGR of 12.5% ​​by 2028, According to Market Research Future (MRFR) Forecast