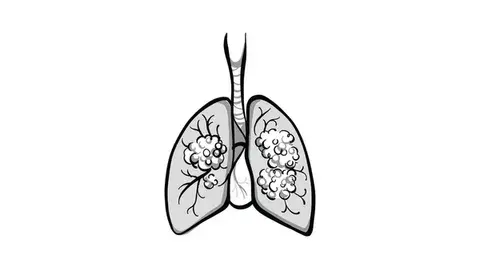 The first participants were recruited in the CASCADE-LUNG study, a multicenter prospective trial.

The first participants were enrolled in the CASCADE-LUNG study (NCT05306288) by Delfi Diagnostics, according to a press release from BioSpace.1

CASCADE-LUNG is a prospective, multicenter trial2 that will enroll up to 15,000 lung cancer patients at the time of their lung cancer screening by low-dose CT (LDCT) and verify the efficacy of the liquid biopsy test of Delfi for lung cancer detection of blood-based signaling.

“We know that TPMD can save the lives of underserved and hard-to-reach populations that have traditionally been left behind by important medical advances,” said Julie Barta, MD, co-principal investigator of the CASCADE-LUNG study. , assistant professor of medicine at Thomas Jefferson University Hospitals, co-lead of the Lung Cancer, Screening and Nodules program, which is part of the Jane and Leonard Korman Respiratory Institute at Jefferson Health and a member of the Sidney Kimmel Cancer Center, in the press release. “The prospect that such a routine procedure as a blood draw could be used to improve fair screening while reducing the number of false positives is very exciting and could help reduce lung cancer mortality in this population. “

Trial investigators will collect 30ml blood samples from patients at enrollment until 30 days after enrollment. Patients will also have their medical records reviewed at baseline and at 2 additional times throughout the study.

Eligible patients are men and women aged 50 or over who smoke or have smoked and have completed 20 additional pack-years. Pack-year status is defined as the number of packs smoked per day multiplied by the number of years of consumption.

Patients will be excluded if they have evidence of cancer (including prior lung cancer) other than non-melanoma skin cancer or carcinoma in situ within 2 years prior to enrollment; if they have ever received systemic treatment, definitive treatment, radiation therapy or surgical resection for any cancer diagnosis within 2 years prior to enrollment, other than surgery for non-melanoma skin cancer and biopsies; history of hematological malignancies or myelodysplasia, organ tissue transplantation or blood product transfusion within 120 days prior to enrollment; whether they are currently pregnant.

CASCADE-LUNG will include many hospitals within the Veterans Administration, making it a unique trial that will focus on patient populations that disproportionately suffer from lung cancer. Delfi has made an effort to observe these types of patient populations.

“We are thrilled to launch this important study and honored to work with researchers across the country, including leading researchers at hospitals embedded in their communities, such as Jefferson, and the many hospitals that serve veterans of our country. There are approximately 900,000 veterans eligible for lung cancer screening and very few today are getting screened. We look forward to trying to close that gap,” said Tara Maddala, PhD, vice -Delfi’s President of Clinical Development, in the press release, “The results of these studies will help establish the clinical evidence to support the FDA’s review of Delfi’s lung cancer screening product, and also shed the necessary foundations for Delfi to launch into new indications, such as the screening of several cancers.”