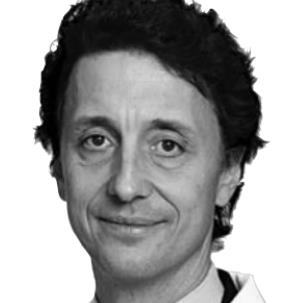 For your health Dr. Keith Roach

Dear Dr Roach: In early November 2021, my son, who is 30, was diagnosed with Addison’s disease and was treated with cortisol. He was doing well on this diet. In March 2022, his blood sugar increased (over 300) and he was diagnosed with type 1 diabetes. As recently as January, his blood sugar was normal! We’re told that sometimes happens with Addison.

Now I wonder what the next step is. Addison’s diagnosis was slow in coming; he had problems for at least 10 years. Every time we met in the ER, he was told to drink fluids and follow the BRAT diet. He took a long time to recover from a cold and stomach problems. He was always tired, but when we told the doctors this it was blamed on him being a student and possibly his lifestyle and/or difficulty getting enough sleep. I wonder how many people suffer from low cortisol and never reach the crisis to be diagnosed.

Autoimmune diseases often go hand in hand. Other conditions to watch out for include autoimmune thyroid disease and pernicious anemia, which are caused by the destruction of special stomach cells that make up the “intrinsic factor” that allows vitamin B12 to be absorbed efficiently. Vitiligo is another common autoimmune disease. In vitiligo, pigment cells in the skin are destroyed and people are left with irregular and patchy loss of skin pigment. In people with one autoimmune disease, doctors often monitor blood tests to diagnose a possible other before too much time has passed.

The diagnosis of Addison’s disease can be difficult to make. Fatigue is the main symptom, and so many things can cause it. When fatigue symptoms persist beyond what is common in college students and others, it should be on the list a doctor thinks of. The diagnosis can be made simply by an ACTH stimulation test, but making the diagnosis in the first place is usually the most difficult part of the diagnosis.

Dear Dr. Roach: Could you please explain what a fistula is? In the past two years I have had two friends tell me that they had emergency surgery for a fistula. I may be naive, but I’ve never heard of it and I don’t understand why my friends are embarrassed to discuss it after the operation. Is it shameful?

Answer: A fistula is an abnormal connection between two structures. A common fistula runs from the intestine to the skin. This can be deliberately created during surgery (also called a stoma) or the result of bowel disease, such as Crohn’s disease. Other fistulas can exist between the bowel and the bladder, between the trachea and the esophagus, or virtually any other adjacent structure you can think of. Shame can be a terrible obstacle for someone receiving medical care. I understand why you might not want to tell your friends the details of your condition, but people don’t have to be ashamed of their condition.

Dr Roach regrets that he cannot respond to individual letters, but will incorporate them into the column whenever possible. Readers can email questions to [email protected] or send mail to 628 Virginia Dr., Orlando, FL 32803.