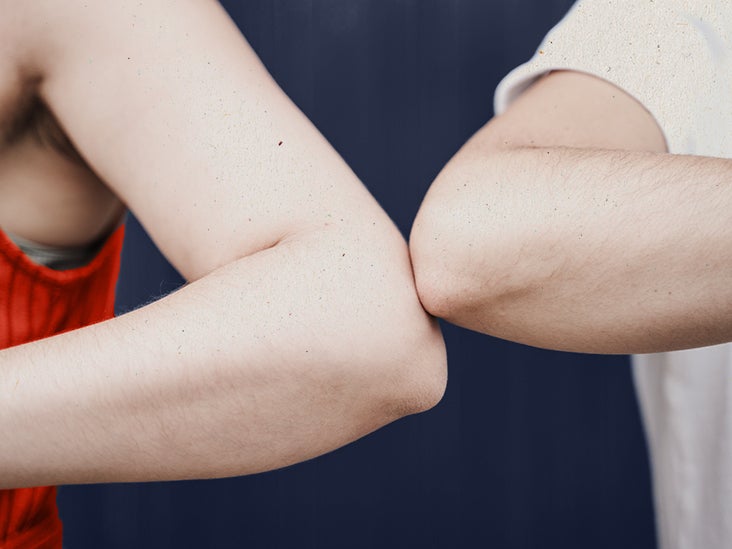 Understanding the links between atopic dermatitis and asthma, as well as recognizing the triggers, can help manage both conditions.

Atopic dermatitis is an inflammatory skin condition that affects approximately 20% of children worldwide. Many cases resolve on their own during early childhood or adolescence, but until of people with atopic dermatitis may experience persistent symptoms or flare-ups well into adulthood, according to a 2014 article.

This article examines the link between atopic dermatitis and asthma, including how best to manage the symptoms associated with these conditions.

Atopic dermatitis and asthma are both inflammatory conditions. This means that they are due to overreactions of the immune system.

Although medical professionals do not fully understand the causes of the condition, genetic mutations that compromise the integrity of the skin barrier are common in people with atopic dermatitis. A leaky skin barrier makes it easier for pathogens and allergens to penetrate the skin and makes it more difficult for the skin to retain moisture.

Together, this leads to skin discoloration, itching, and dry skin characteristic of atopic dermatitis.

Similarly, overreactions to allergens in the airways underlie the respiratory problems associated with asthma. Inflammation causes tightening and narrowing of the airways, which can lead to:

The exact causes of asthma aren’t well defined, so it’s hard to know exactly how atopic dermatitis, asthma, and inflammation are related.

However, the association of atopic dermatitis with other atopic conditions suggests that sensitization to an allergen (or allergens) early in the skin’s ecosystem may reprogram the immune system to react excessively in other contexts as well.

The progressive nature of the atopic march has led many to wonder whether or not there are preventative measures that can be taken to halt this progression and potentially reduce the risk of asthma and other allergic conditions in children with atopic dermatitis.

The science is still unknown on this and evidence supporting the prevention of asthma in atopic dermatitis is limited. This is partly because asthma tends to develop later in the atopic march – usually in late childhood or early adolescence – requiring long periods of observation to identify an effect. .

The American Academy of Pediatrics recommends exclusive breastfeeding of newborns for at least 3-4 months, which studies show protects against wheezing in the first 2 years of life. There is also evidence to suggest that breastfeeding for longer than 3-4 months may have a protective effect against childhood asthma, but more research is needed to confirm this.

There is also evidence that proactive and continued use of moisturizer can help prevent atopic dermatitis in infants. However, it is not yet known how this affects the likelihood of developing asthma later in life.

The sections below look at some management options for atopic dermatitis and asthma.

One of the best ways to manage allergic conditions is to avoid triggers that lead to symptoms.

Many of the most common triggers of atopic dermatitis and asthma overlap, including:

Other common asthma triggers can include:

Each case of asthma and atopic dermatitis is different. One person may have multiple triggers, while another may only have one or two.

It is important for a person to carefully track their symptoms to determine what is causing them.

Symptoms of atopic dermatitis are often manageable or preventable with lifestyle interventions, such as taking warm baths and using fragrance-free moisturizers.

People usually treat asthma with a combination of quick-relief and controller medications to help prevent flare-ups and treat them as needed. These drugs are available in the form of inhalers, nebulizers and pills.

Many treatments for atopic dermatitis and asthma work by reducing or controlling the inflammation that causes the disease. People can use these medications continuously to prevent flare-ups or as needed to control flare-ups when they occur.

For people with moderate or severe disease that does not respond well to treatment, the use of biological therapy may be necessary. These are injectable treatments available as an injection or an infusion given every few weeks. They target specific molecules in the body that are known to cause inflammation.

These treatments are not suitable for everyone and their use depends on the type and severity of asthma or atopic dermatitis an individual has.

There are several biologics available for atopic dermatitis or asthma, but only one — dupilumab – is approved for both conditions.

A healthcare professional can help a person decide which treatment (or treatments) is right for them based on their individual symptoms.

Not everyone with atopic dermatitis develops asthma, but the former increases a person’s likelihood of developing the latter. This is especially true if the person has symptoms that suggest their atopic dermatitis might be related to allergies.

For many people, taking steps to avoid triggers can help reduce asthma and atopic dermatitis flare-ups. It is important for a person to understand the individual nature of their condition and make adjustments that suit their needs and lifestyle. People can also use medication to help prevent and control symptoms.

If a person’s atopic dermatitis or asthma is not well controlled with their current treatment plan, they should consult a healthcare professional to determine if other treatment or management options are available.