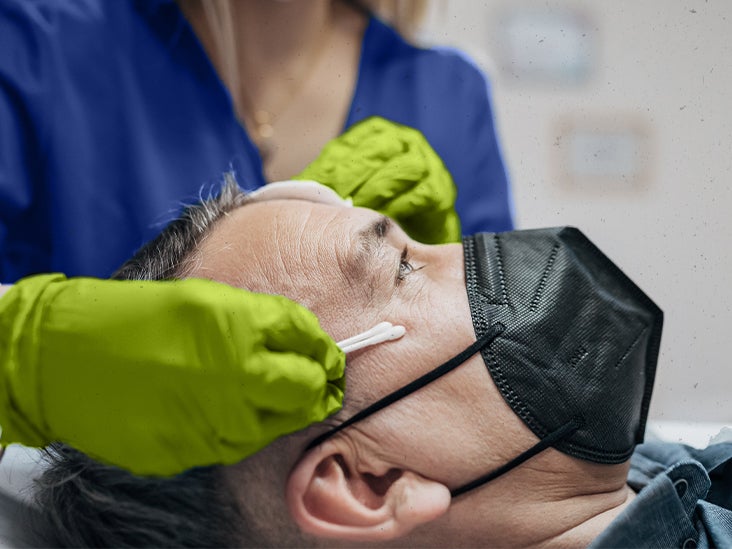 A 3-minute test can help with diagnosis

Parkinson’s disease (PD) is a chronic, progressive movement disorder that affects nearly one million people in the United States. About 60,000 Americans are diagnosed with Parkinson’s each year.

This condition develops when the brain does not produce enough dopamine, the “pleasure” neurotransmitter that also helps control movement and coordination.

Experts predict that its growth will continue and spread to younger people. Such a grim reality makes early detection increasingly urgent.

However, this has been difficult because PD shares symptoms with other neurological disorders.

Researchers from the University of Manchester in the UK say they have found a way to check skin secretions for PD. Their simple three-minute process uses cotton swabs and to detect hundreds of unique lipids associated with disease.

The details of this discovery are given in the Journal of the American Chemical Society.

“[It] can be a very long journey […] to get a diagnosis, because Parkinson’s disease can look like a lot of different things. And aging introduces many different complicated factors that may not be Parkinson’s disease. The way this is currently done and is usually in a [neurologist’s] office, they will perform tapping tests and have individuals walk and assess their movements.

Increased production of sebum, an oily substance naturally present on all human skin, is a telltale symptom of Parkinson’s disease, first documented in 1927.

revealed that the onset of PD can produce changes in its composition.

This study is inspired by a Scottish woman and retired nurse with hereditary hyperosmia – unusual and heightened sensitivity to smells. reported that Milne once noticed that her husband’s characteristic odor had changed before he showed clinical symptoms of Parkinson’s disease.

Milne’s husband Les was eventually diagnosed with the disease more than a decade after Milne first detected the scent. After the formal diagnosis, the couple met others at a Parkinson’s disease support group in the UK, and Milne immediately noticed they had the same distinctive smell. It was only then that she linked the smell to Parkinson’s disease. Les passed away in 2015.

Milne had since teamed up with scientists to further study her “super-smell” abilities and how it could help improve the diagnosis and treatment of the disease.

Professor Perdita Barran, Ph.D., who led the present study at the University of Manchester, told the BBC the potential for a diagnostic test for Parkinson’s disease would be “transformative” as it does not There is currently no chemical test available. In the interview with the BBC, Professor Barran said the researchers were looking to collaborate with local hospital laboratories and implement the test in the Manchester area over the next two years.

The Manchester team recruited people from 27 clinics across the UK, collecting 150 sebum samples from participants, including 79 samples from people with Parkinson’s disease. The other 71 were used as controls from disease-free individuals.

The researchers rubbed the middle of the subjects’ backs with medical cotton swabs to collect oils from the skin. Then they transported the samples to a facility for testing.

Then the chemists transferred the sebum to filter paper, which they cut into small triangles.

The co-authors said: “Here we demonstrate the use of direct infusion of sebum from skin swabs using paper spray ionization coupled with ion mobility mass spectrometry. […] to determine the regulation of molecular classes of lipids in sebum that are diagnostic of PD.

In the end, 4,200 unique features were detected. Of these, 500 were different between individuals with PD compared to the control group.

The neurologist Prof. Monty Silverdale, Ph.D., clinical lead of the study, noted, “This test has the potential to massively improve the diagnosis and management of people with Parkinson’s disease.

Medical News Today discussed this research with Dr. Natalie Diaz, a neurologist at the Pacific Movements Disorder Center at the Pacific Neuroscience Institute in Santa Monica, California. She did not participate in the study.

Dr Diaz noted that the Manchester researchers’ findings could suggest their method can identify patients with PD. However, she said: “Unlike previous studies in this group, there are no clinical data available from PD patients enrolled in this study to understand whether this rapid and inexpensive method is sensitive enough to identify PD patients. in the early untreated stage compared to those without PD.

She also mentioned: “As no information is given on how the diagnosis of PD was made, it is also unclear whether sebum as a biomarker would help differentiate patients with early PD from other forms of degenerative parkinsonism.”

Dr. Diaz was impressed that sebum testing can be non-invasive and cost-effective. She wonders, however, how its sensitivity and accuracy compare to current diagnostic tools.

Some people may produce less or more oil, which affects test results.

or seborrheic dermatitis affects about 5% of adults. This skin condition, commonly associated with PD, may reduce sebum production.

The study authors acknowledged that the efficiency of sample collection may differ from person to person.

“We are extremely excited about these results which bring us closer to achieving a diagnostic test for Parkinson’s disease that could be used in the clinic,” Dr. Barran said in a press release.

Dr. Barran founded Sebomix, Ltd. to explore the use of sebum as a diagnostic tool for PD.

The Manchester researchers teamed up with Parkinson’s UK, the Michael J. Fox Foundation and the Royal Society to study sebum samples. According to a press release, their continued work has recruited over 2,000 people to date.

2022-10-11
Previous Post: Meditation for the prevention of dementia? Parkinson’s disease skin test; COVID Delirium and Cells
Next Post: How To Use Alum Or Fitkari To Get Rid Of Skin Problems Like Black Head Pimples And Many More